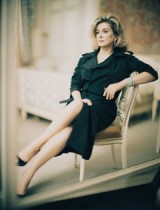 After honoring Pedro Almodóvar, the European Film Academy has presented Catherine Deneuve with the LIFETIME ACHIEVEMENT AWARD for her outstanding body of work.

Born into a family of actors, Catherine Deneuve started her acting career somewhat by coincidence through her sister Françoise. Very quickly, however, she then found her vocation and shot to stardom with films like LES PARAPLUIES DE CHERBOURG by Jacques Demy and REPULSION by Roman Polanski. Be it as the mysterious beauty, the bourgeois housewife or a bisexual vampire, Catherine Deneuve has now and again given unforgettable moments to the world of cinema.

Throughout her impressive career, Catherine Deneuve has been honoured in Berlin, Cannes and Venice. She received her first César and an Italian David di Donatello for her role as Marion Steiner in THE LAST METRO by François Truffaut with whom she had also made MISSISSIPPI MERMAID and her role as Eliane in INDOCHINE by Régis Wargnier earned her another César and a nomination for an Oscar.

Catherine Deneuve has starred in over 100 films, among them DANCER IN THE DARK by Lars von Trier, 8 FEMMES (earning her a Silver Bear in Berlin and a European Film Award) and POTICHE by François Ozon, UN CONTE DE NOËL by Arnaud Desplechin and PALAIS ROYAL by Valérie Lemercier. She can currently be seen in cinemas in Emmanuelle Bercot’s ELLE S’EN VA (On my Way) and is now shooting TROIS COEURS by Benoît Jacquot.

Catherine Deneuve will be an honorary guest at the 26th European Film Awards Ceremony on 7 December in Berlin - streamed live on www.europeanfilmawards.eu. 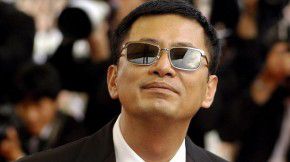 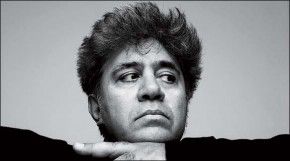