Jamdani is one of the finest muslin textiles in Bengal, a proud heritage of the Bangladeshi weavers of Sonargaon and Siddhirganj in the Narayanganj district. It reached its pinnacle of excellence during the 16th century under the patronage of Mughal Emperors and its motifs are said to have been inspired by weavers to resemble local flora and fauna. The Jamdani was a popular textile of choice for garments for both men and women in the region, but it also became a favourite of women courtiers in Europe and England. In modern times Jamdani sarees have become an essential part of a bridal trousseau. The industry saw a gradual decline in the mid-19th century, during the British colonial periods. The fall of the Mughal Empire deprived artisans of their most influential patrons, and the use of machinery in the English textile industry, as well as the subsequent import of lower quality, but cheaper yarn from Europe contributed to a steady decline. In present times a lack of fine cotton yarn and rising cost of production has affected the quality of Jamdani weaving. The National Crafts Council of Bangladesh and Bengal Foundation, in an attempt to restore the Jamdani to its original excellence, are organising the Jamdani Festival as a celebration of the proud heritage of Jamdani in Bangladesh, and the skill shared by its weavers. The Jamdani Festival 2019 will commence on 6 September, and continue until 12 October. The initiative has led organisers to collect original designs from museums and private collections from within the country and abroad. Master weavers, as well as some of the finest artisans from the younger generation, have been supplied with the best quality khadi yarn, and have been tasked with replicating these designs. The weavers were commissioned by Aarong, Aranya, Tangail Saree Kutir and Kumudini, four of the largest organisations in the country working with crafts; to ensure a market for future production. The geographic and ecological context of the Sitalakhya River has also helped make Sonargaon unique in the production of its fine cotton and helped sustain Jamdani communities for centuries. The Festival has also proposed to the World Crafts Council to grant Sonargaon the status of 'World Crafts City'. In addition to the exhibition in Dhaka, a seminar and an awards ceremony are also part of the festival. Organisers of the Jamdani Festival 2019 have also planned the publication of a collectable book and folder and the dissemination of several videos. For additional information about the Jamdani Festival 2019, please visit https://jamdanifestival.com/ and https://www.facebook.com/jamdanifest/ 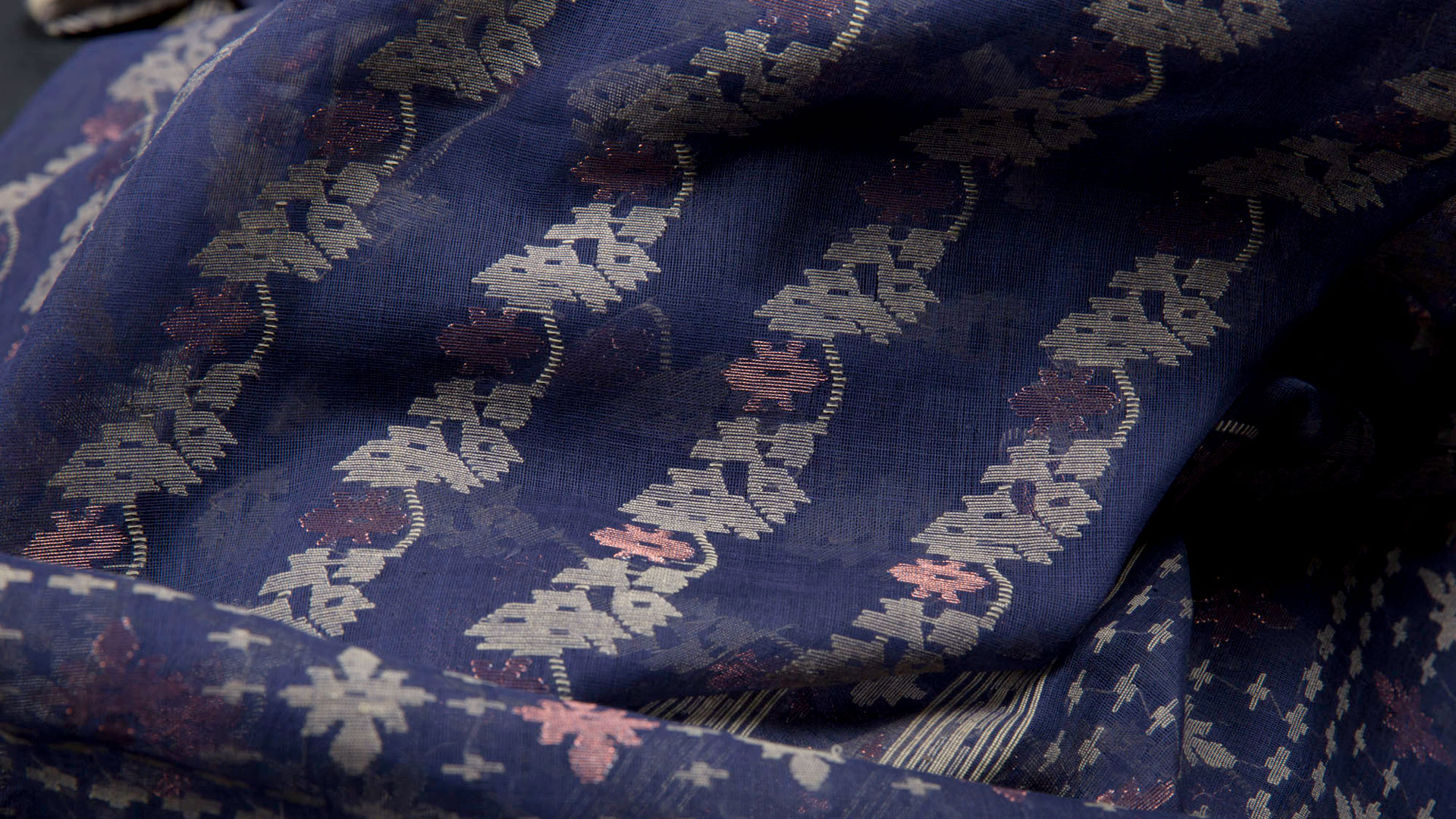