The ninth edition of the Across Asia Film Festival will be held in Cagliari (Italy) 7–11 December 2022. The international film festival focuses on the independent, contemporary Asian cinema and will screen over 20 films from across Asia.

Across Asia Film Festival 2022 will focus on work from the entire Asian continent (as opposed to past years, which had a country or limited geographical focus). Particular attention is directed towards independent and emerging productions, female cinema, young people, the destruction of genres, pop, and the queer.

The films will be shown over 5 thematic days:

In addition to the screenings, there is also a book launch (7 December), a workshop and an installation (11 December).

Under the artistic direction of Stefano Galanti and Maria Paola Zedda, Across Asia Film Festival is a project by ZEIT – Art Research – a cultural association dedicated to the promotion of art, performance and cinematography. The festival represents a window on the world and a non-stereotypical way of looking at Asia and its representations. It is also a place for international relations, a context for connecting distant artistic scenes by stimulating opportunities for synergy and co-production. 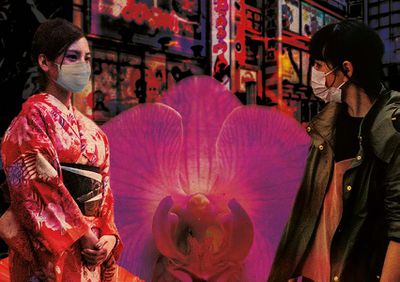