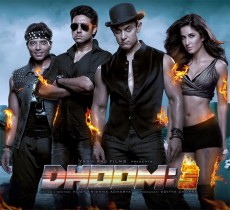 India’s box office grew by 10% to reach $1.53bn (Rs93.4bn) in 2013, according to a FICCI-KPMG report released on the opening day of the FICCI Frames conference in Mumbai.


The report said growth is due to increases in multiplex screens and average ticket prices, diversity in content, improvements in distribution due to digitisation and more sophisticated marketing methods. However, box office growth slowed last year compared to the 24% increase in 2012.

In 2013, the industry added 150-200 new multiplex screens, mostly in Tier II and Tier III cities. Multiplexes now account for around 25% of the screens in the country, of which around 90-95% are now digital screens.

Dhoom:3 was the biggest locally-produced film in 2013, grossing around $64m.

The film industry in India as a whole was worth $2.06bn (Rs125.3bn) including revenue from overseas theatrical, home video, cable & satellite rights and other ancillaries. Domestic theatrical revenues accounted for more than 75% of the total.

Cable & satellite was the film industry’s second biggest revenue earner behind theatrical, growing by 20% to reach $248m (Rs15.1bn) in 2013.

The report was released on the first day of FICCI Frames (March 12-14), which also hosted discussions on regulatory hurdles in India’s media & entertainment industry, the future of the television industry and TV news, Japan’s film industry, Indian film censorship and the economic contribution of the M&E industry, among other sessions. 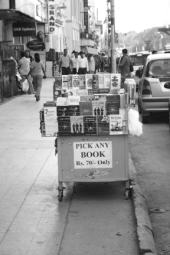