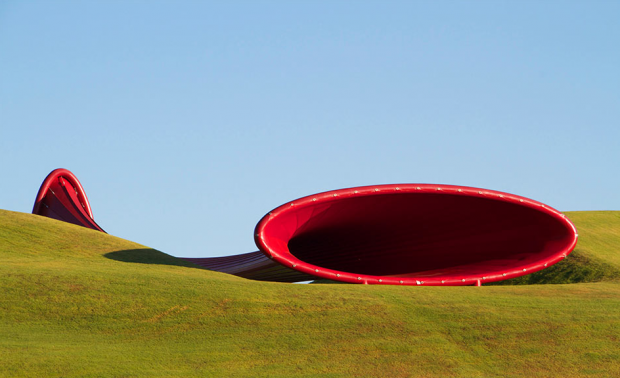 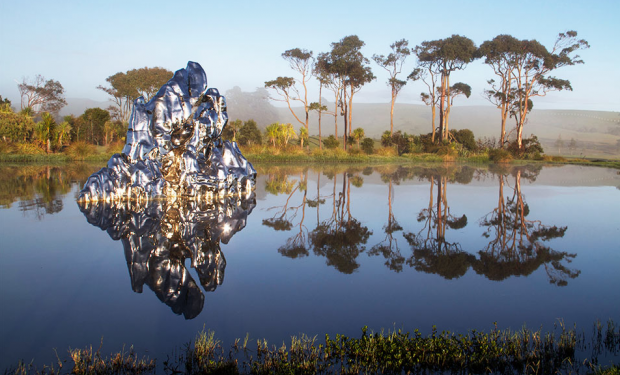 Only open by prior appointment to artists, educational institutions, charities and the public, Gibbs Farm near Auckland, New Zealand is an unusual setting for a sculpture collection. The North Auckland property is dominated by the Kaipara Harbour, the largest harbour in the Southern hemisphere. 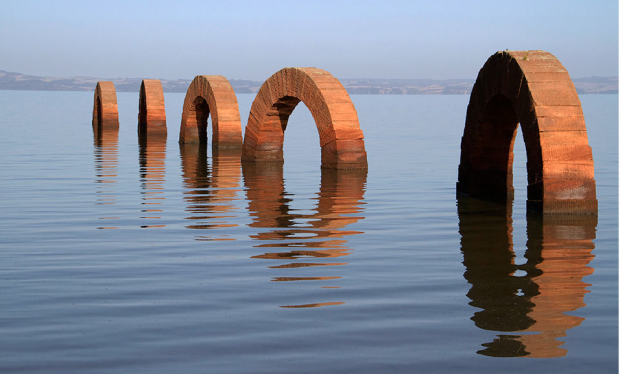 The harbour is so vast it occupies the whole western horizon; and it is very shallow, so when the tide goes out, the shallows are exposed for several kilometres and the light shimmies and bounces off it across the land. Equally, it is the forecourt to the prevailing westerly weather that sweeps, sometimes vehemently, across the land. Everything in the property flows towards and eventually into the sea; and every work contends in some way with the slide seaward. 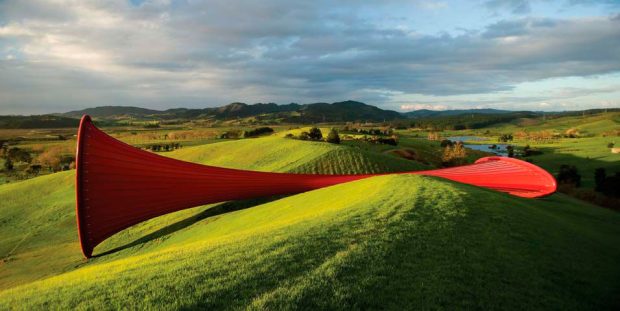 The flow of the land, the immense body of water, the wide harbour flats and the assertive variety of the elements have all imposed themselves on the artists. Gibbs acknowledges that “the challenge for the artists is the scale of the landscape; it scares them initially” and demands something more from them. Walking the land visitors can appreciate how each artist has come to terms in their own way with the gravitational pull that is exerted on everything as the mountains roll into hills and slide into gullies and slope down towards the wide flat expanse of the Kaipara harbour. 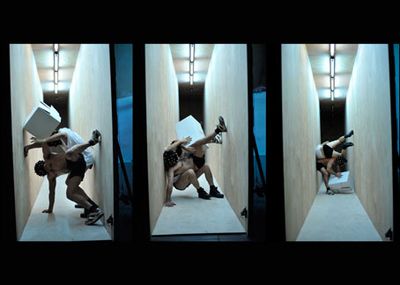 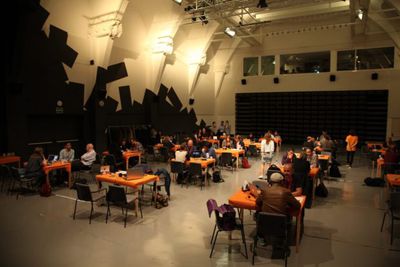 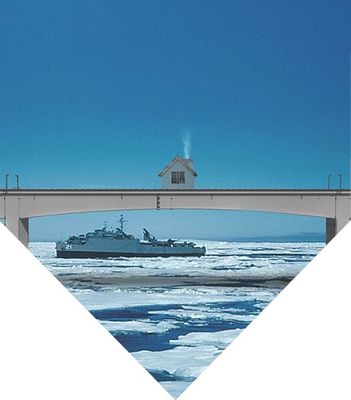 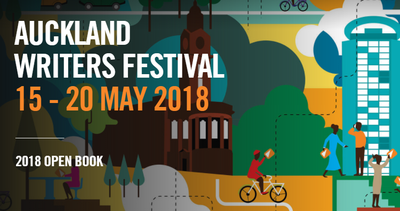