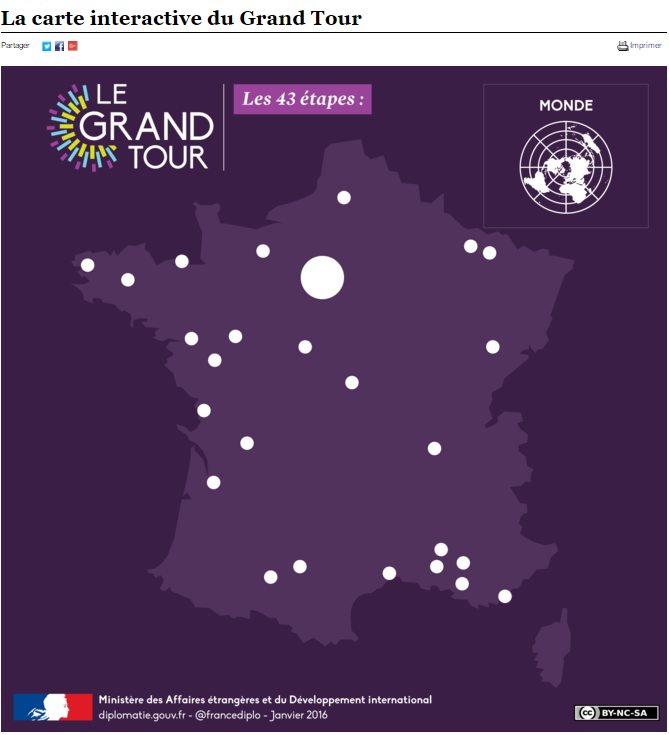 Laurent Fabius, Minister of Foreign Affairs and International Development has launched the “Grand Tour” in Paris in the presence of Isabelle Huppert, the event’s patron. From January - July 2016, 40 iconic cultural events across France have been selected to highlight the attractiveness of French culture, forming the Grand Tour.

The “Grand Tour” was proposed by Olivier Poivre d’Arvor within the framework of his mission to promote France’s cultural attractiveness; it will highlight the richness of our country’s culture through a series of events and festivals in regions and cities around France.

A series of around 40 events will continue until July 2016 – starting with the Nuit des Idées (Night of Ideas) at the Quai d’Orsay on January 27, the Folle Journée de Nantes (Crazy Day in Nantes) from February 3 to 7, the Printemps de Bourges (Bourges Spring Festival) from April 12 to 17, the Cannes Film Festival from May 11 to 22, the Eurockéennes in Belfort on July 1 and the Festival d’Avignon from July 7 to 30.

Cultural programme of the French Presidency of the EU