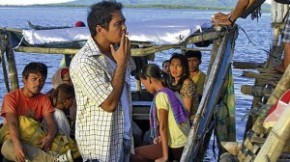 
“Halaw (Ways of the Sea)” by Filipino director Sheron Dayoc and “Lost In Italy”, a UK/Italy co-prod by Craig Viveiros, tied for the Best of the Fest Award (World Narrative Feature category) at the 2011 New York Hell’s Kitchen Film Festival.

Dayoc’s first full-length effort also won for him a Special Jury NETPAC award at Berlinale 2011.  The film first bagged top prizes -for Best Film and Best Director- at the 2010 Cinemalaya Philippine Independent Film Festival held in Manila.  “Halaw” deals with the issue of illegal migration, as a diverse group of Filipinos take a perilous boat journey from Southern Philippines into neighbouring Malaysia with the hopes of escaping a life of poverty.

Premiering at the New York festival, “Lost in Italy” tells the story of a modern-day London gangster who wakes up in 1950’s Italy and doesn’t recall how he got there and why.  It stars Ray Winstone (of “The Departed”) and Glen Murphy.

Prizes were also given out to the “Red Tide” by Dino Gallina, Best of the Fest (U.S. Narrative), “Profile” by Timo Pierre Rositzki of Germany, Best  of the Fest (Short Film), among others.

For a complete list of winners, go to this site. 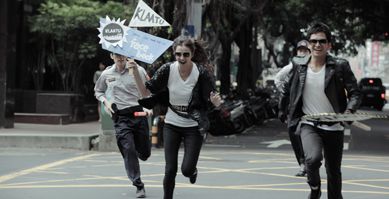