News & events > Festival from Greece set to return this November

Festival from Greece set to return this November 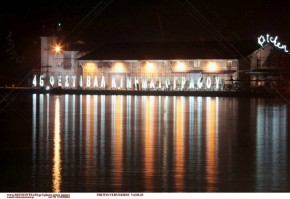 Faithful to its established annual appointment, the 54th Thessaloniki International Film Festival will take place from November 1 to 10, 2013. With renewed vision and a strong dedication to independent cinema, the Festival will once more invite both film makers and the audience to a special celebration of film. Films from all over the world, cinematic surprises, distinguished guests, tributes, Master Classes, round table discussions and parallel events will comprise the ten day event, transforming the city of Thessaloniki into a place of discovery and productive dialogue for the Seventh Art. The Thessaloniki International Film Festival is the top film festival of South Eastern Europe, the presentation platform for the year's Greek productions, and the primary and oldest festival in the Balkans for the creations of emerging film makers from all over the world. Founded in 1960 as the Week of Greek Cinema, it became international in 1992, including a Competition Section for feature length films by emerging directors presenting their first or second film. Since then, the Thessaloniki International Film Festival, constantly evolving, has claimed and achieved a constantly increasing international scope, presenting the most groundbreaking independent productions from the entire world, and developing activities for international film industry professionals. Since the mid 1990s, the Thessaloniki International Film Festival, going beyond the borders set for decades by its centerpiece November edition, has become an organization with continuously increasing cultural activities throughout the year. Check out this space for more on the festival program coming soon!