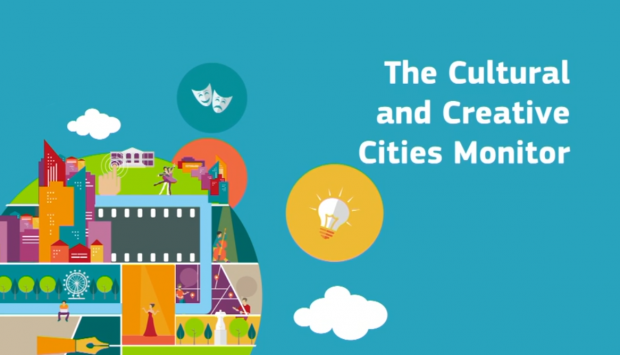 The European Commission has released the first ever edition of the ‘Cultural and Creative Cities Monitor'. This new tool provides comparable data on how European cities perform across nine dimensions – covering culture and creativity – and underlines how their performance contributes to cities' social development and economic growth and job creation.

The Cultural and Creative Cities Monitor is the result of a research project covering 168 cities in 30 European countries. It is available as an interactive online tool to allow users to browse the selected cities as well as a wide array of quantitative and qualitative information about their performance.

It notably shows that the ‘ideal' Cultural and Creative City in Europe would be the amalgam of the best performing cities on each indicator. This city would have the Cultural Venues & Facilities of Cork (Ireland), the Cultural Participation & Attractiveness and the Creative & Knowledge-based Jobs of Paris (France), the Intellectual Property & Innovation of Eindhoven (Netherlands), the New Jobs in Creative Sectors of Umeå (Sweden), the Human Capital & Education of Leuven (Belgium), the Openness, Tolerance & Trust of Glasgow (UK), the Local & International Connections of Utrecht (Netherlands) and the Quality of Governance of Copenhagen (Denmark). Of these eight cities, five have fewer than 500,000 inhabitants (Cork, Eindhoven, Umeå, Leuven and Utrecht).

Key findings of the research include:


Developed by the European Commission's in-house science service, the Joint Research Centre (JRC), the Cultural and Creative Cities Monitor will help policy makers as well as the cultural and creative sectors identify local strengths and areas for improvement, and learn from comparable cities. It also sheds light on the strong relationship between cultural vibrancy and various dimensions of a city's life, starting with its social diversity and its economic activity.

The tool was built around three leading indices - cultural vibrancy, creative economy and enabling environment – organised in 9 dimensions and measured through 29 indicators ranging from the number of museums and concert halls, to employment in the cultural and creative sectors, and from ICT patent applications to the level of trust people have towards other citizens in their city. It brings together data from a variety of public sources (such as Eurostat and the Eurobarometer) and experimental data (for example from TripAdvisor).

The Monitor is expected to be updated every two years in order to remain conceptually and statistically sound across countries, cities and time and capture cities' development. 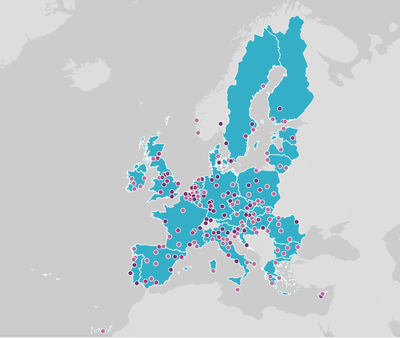