Magazine > A Slovenian Music Film Festival By The Adriatic Sea

A Slovenian Music Film Festival By The Adriatic Sea

If you are looking to run a film event, you may use a couple of good resources from the internet. The European Coordination of Film Festivals website is one of these recommended sources of information, which could be useful to anyone who needs to know the “Rules of the Game” of film programming. This is the case of Anton Jager from Ljubljana. The Slovenian capital has already its own film festival; although it is predictable that the next future will see new film programmes on the Adriatic coast. What follows is a series of questions and answers on the preparation stage for the launch of a film festival in a Slovenian town.

Anton Jager studied violin and was graduated from the Department of Music Pedagogy at the University of Ljubljana. Anton is now a music teacher; he turned the dream he had when he was seven years old into reality. Last January, Anton went with a group of friends to the coastal town of Piran to give a concert in homage to the great Giovanni Antonio Tartini, born in the Istrian town in April 1692. The trip and the concert were filmed by a classmate.

It was when they returned to Ljubljana and watched the recorded videotape of their performance that the idea came to organize a film festival with the music sound-track at its heart. Since then, the group of friends slept very little. Six month previous to the event, they are just unable to find a moment of rest - they want to launch the first-ever Music Film Festival of Slovenia in Piran this coming September. “There is no time to waste!” says Anton; beyond the logistical and the organizational aspects, some crucial decisions need to be taken now. The festival must have its rules and programme defined, contacts with sponsors and founders shall be followed, and last but not least; the promotional material has to be printed and sent to the World.

Not yet an internationally known venue, the medieval town of Piran is a jewel that can decently compete with others well-known Adriatic and Mediterranean towns to host an international film programme. Its narrow streets and fine architecture can ensure the charm of a festival, and the local tourist industry has the capacity and the experience to help organizing it successfully.

The Place may be convenient for a music and film event, but are the Slovenian young organizers ready to handle the different tasks and responsibilities to run an international film event? This is what I have tried to see with Anton.

GGG: How will you call, and how would you define your event?

AJ: The event will be called – The Piran Music Film Festival - PIMuFF. During the course of one week, we will present a selection of unreleased and rare musical films from Slovenia and from around the world. The aim of the organizers is to present through the selected films, works of artistic value that contribute to the elevation of music education.

GGG: What will be the different sections of the festival?

GGG: Who should submit entries to the PIMuFF?

AJ: We are looking for animation, shorts, documentaries and feature films, which have been done within the last four years. Our selection committee will retain a minimum of 10 feature films from at least 15 countries, and some 25 movies for the animation and short film section. The best film in each section will be granted with a paper-award (Diploma) and, depending on the good-will of the festival sponsors, there will be also some cash prizes for the awarded film directors.

GGG: How about entry fees, and film formats?

AJ: There will be no cost for the filmmakers, except these for sending their works to the festival. No entry fees will be asked for submitting a film. Film will also be presented in their original formats, and all the selected works will be screened with equal attention. The prints will be returned to the film owners during the week following the end of the festival.

GGG: The FSF - Portoroz film festival will run for its 10th edition, don’t you fear that the PIMuFF 1st edition remains in the shadow of the oldest Slovenian film festival?

AJ: It is true that the Festival of Slovenian Films (FSF) is now a tradition here in Slovenia, and that the Portoroz event takes place in Piran neighbouring town. But, we are working on a much different and specific film genre, which makes us unique. The ingredients of our film event allow saying that even at a larger European level; the PIMuFF will develop harmoniously, complementary and will keep efficient relationship with the community and the industry.

How about you? If you a have the idea to launch a film festival, and want to know the “Rules of the Game”, here is the Code of Ethics from the European Coordination of Film Festivals website. The institution lists 19 conditions. Festivals which join the Coordination undertake to respect this Code of Ethics.

NB: The name “Piran Music Film Festival” and its organizer Anton Jager are fiction only. The Rules of the Game of film programming can be followed in Slovenia or in any country of the enlarged Europe.

The latest publication of the European Coordination of Film Festivals 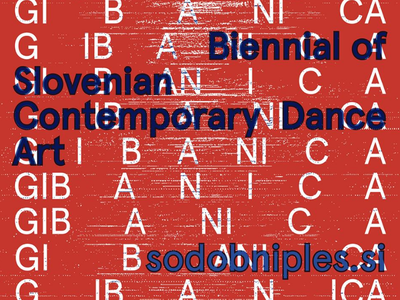