Magazine > By People / In Cities: Melbourne 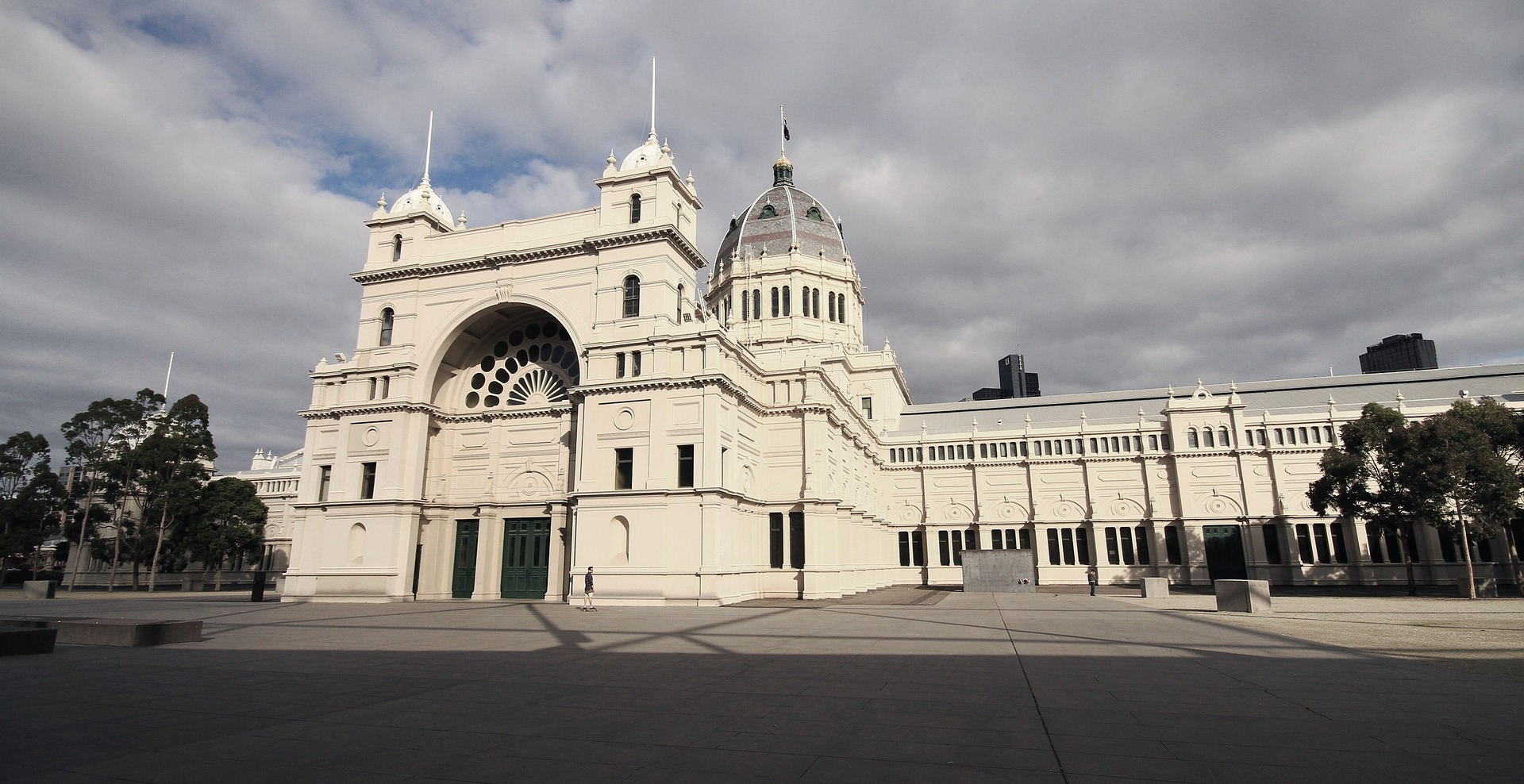 There is no doubt that the creative industries play an important role in the state of Victoria, and especially in its capital city Melbourne. As the 2016 Victorian Creative Industry Strategy states, ‘Victoria’s creative industries make up eight per cent of the economy, contributing almost $23 billion and 220,000 jobs’.

Along with several significant institutions – such as the Arts Centre Melbourne, Australian Centre for the Moving Image, Melbourne Recital Centre, Museum Victoria, National Gallery of Victoria and State Library of Victoria – Melbourne is also a city that supports artist run organisations, grassroots initiatives, experimental spaces and it has long been home to a world renowned graffiti scene. As highlighted in the Victorian creative industries strategy, ‘Victoria’s creative industries are driven by a powerhouse of small organisations, micro businesses and sole practitioners’ and these smaller operations in fact make up the majority of the creative industries sector. 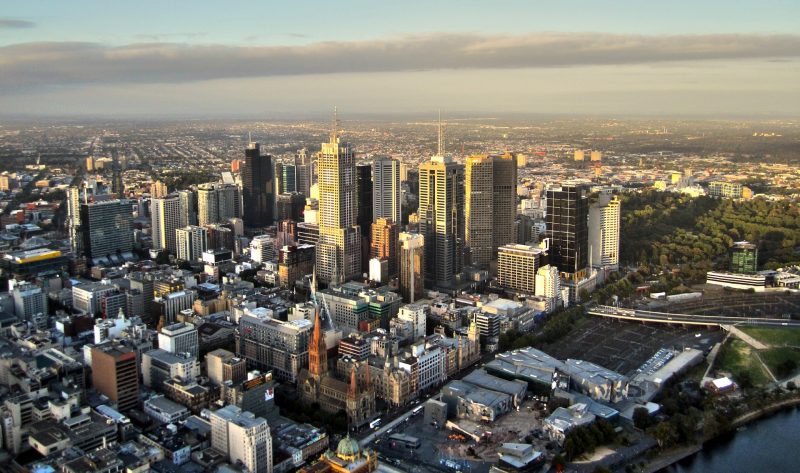 There are several creative industries that have a particularly strong presence in Melbourne. As highlighted in the report, there are 62,000 live music concerts each year and the state of Victoria has three times more live music performances than the national average. In addition, Victoria has a strong screen industry, with over half of Australia’s television drama production and almost half of Australia’s digital games sector.

But the state of Victoria also values international connections, supporting its multicultural communities as well as reaching out to new audiences and fostering international collaborations. This article takes a closer look at a few examples of these cross-cultural initiatives, organisations and projects that make Melbourne, and Victoria, so diverse.

The challenge of fostering diversity in the arts

Australia has a long history of migration, and Melbourne is no exception. As Creative Victoria observes, Victoria ‘has been enriched by people from more than 200 countries around the world and this continues to influence our creative and cultural offering.’

However, the diversity of the people living in Melbourne and the rest of the state is not always reflected in its creative production. For example, 2009 data from “Art Nation An Overview of the Australian Arts” report by the Australian Council found that while the national workforce from non-English speaking backgrounds accounts for 16 per cent, professional artists of non-English speaking backgrounds was only eight per cent. There has recently been more attention given to this discrepancy, with researchers Ien Ang and Phillip Mar calling for the arts sector to improve ‘its own capacity to embrace cultural diversity, both in its own ranks and in what it projects to the world’. 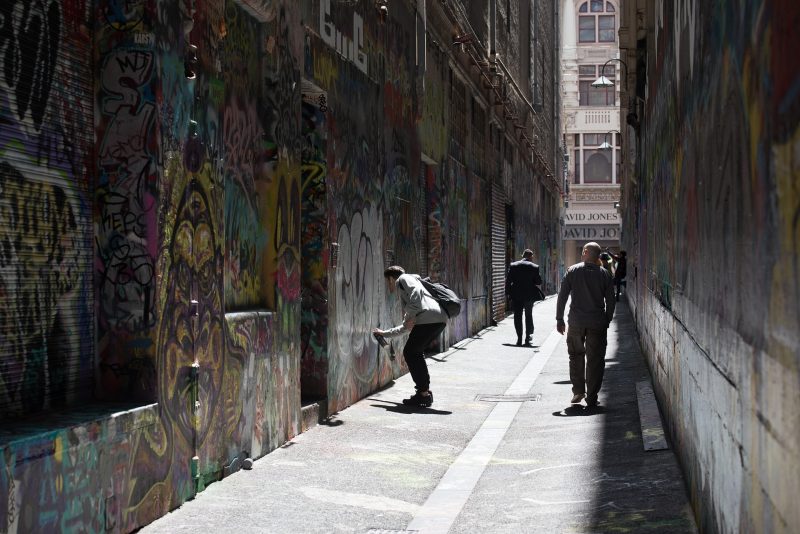 Ang and Mar cite the important role of smaller and less established organisations in paving the way in testing new models to creatively explore and express cultural diversity. According to them, these organisations are vital for the arts due to the way they engage with community and industry as well as they way they focus on artist-mediation in projects. They cite various examples of initiatives that have a strong focus on diversity, one of which is an on-going community-based music mentoring programme for refugees and Indigenous communities run by the Melbourne-based organisation Multicultural Arts Victoria (MAV).

MAV discovers, develops and promotes culturally and linguistically diverse (CALD) contemporary art, heritage and cultural expression through a number of programmes and festivals throughout the state. Over the past 40 years they have supported career development and creative capacity building initiatives for over 2,000 artists and 500 communities and they are probably one of the most established Victorian arts organisations to specifically focus on diversity in the arts.

The Malthouse Theatre in Melbourne, with 41 years of history, is one organisation that taken up the call to support more diversity in the arts. As Artistic Director Marion Potts highlighted in the “Arts Nation” report:


‘Diversity is absolutely vital…The greater the number of lenses that we’re invited to look through, the better. It’s about being able to see things from a variety of perspectives, and in terms of the artists contributing to the ecology, it’s important that whatever we put on stage is representative of who we are as a culture. And if theatre is the place of our collective imagining, then we need to make sure that it has the full benefit of the full breadth of influence here, which is rich and vast.’

The Malthouse Theatre has recently worked on engaging with diversity through a number of programmes, including the Female Director in Residence programme and professional development programmes that encourage submissions from cultural and linguistically diverse practitioners. This latter programme is supported by organisations such as the Lotus Asian-Australian Playwriting Project from Playwriting Australia that mentors Asian-Australian artists who are interested in writing for theatre.

The Malthouse Theatre also has an International Touring Program which fosters collaborations between Australian and international artists. As Potts observes of a collaboration with the National Theatre of China:


‘We had to contend with distance, language and cultural differences…But those challenges are the very reason you undertake these kinds of collaborations because you learn so much from them.’

Potts also observes that Australian artists can feel isolated and that it’s important to be part of the bigger international conversation.

International connections are not necessarily new for Melbourne-based artists. Founding Director of Melbourne-based dance company Chunky Move Gideon Obarzanek observes in the “Art Nation” report that ‘Australian artists are well practised at travelling and contextualising their work within an international sphere.’ For Chunky Move, international touring was a financial necessity and in fact, soon after forming in 1995, the company was performing twice the number of performances abroad as in Australia.

But the impact of travel stretched beyond economic need. Through the exchange of ideas, these international connections inevitably influenced the Chunky Move dancers and choreographers. Obarzanek has observed that over the past ten years the dance industry has become more globalised and that ‘no longer do artists think of themselves as purely Australian artists working within an Australian industry’.

This focus on international connections can be seen in a number of initiatives, such as the granting of Melbourne as a UNESCO City of Literature in 2008. At the time of joining the network, Melbourne created the Wheeler Centre for Books, Writing and Ideas, a hub for literature located in the State Library of Victoria. The centre houses organisations such as Writers Victoria, Melbourne Writers Festival, Emerging Writers Festival, the Small Press Network, Express Media and Australian Poetry. The Centre hosts hundreds of events a year and regularly invites international speakers. 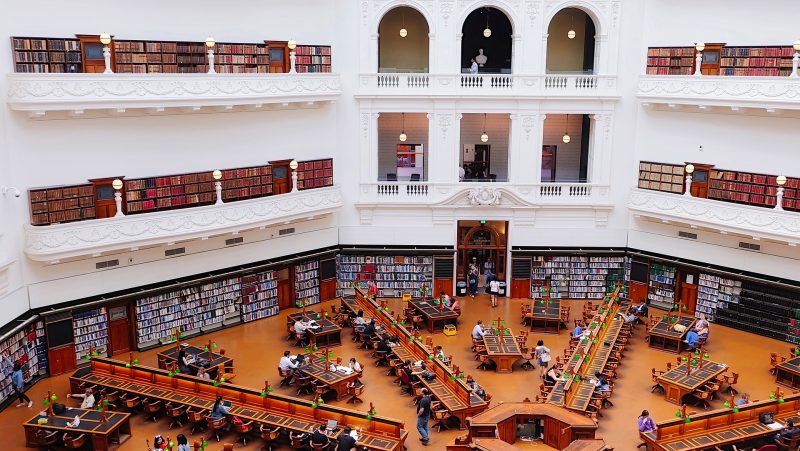 Another organisation, Asialink, has been fostering collaborations between Australia and Asia since 1990 through their residency programme that sends Australian artists to organisations in the Asian region. This has resulted in more than 800 residency alumni, 200 exhibitions and projects in 70 cities in a network of more than 100 partners in Asia. This focus on fostering collaborations and networks in Asia is also reflected in government policy, which is increasingly emphasising the importance of developing partnerships with Asian organisations.

In 2012 the Australian government published the Australia in the Asian Century White Paper (PDF), which emphasised the need for Australia to continue and deepen its engagement with the region. This was supported by the Victorian government, which in the 2012 statement on “Securing Victoria’s Economy” observed that:


‘Victoria’s proximity and growing network of relationships in Asia present a once in a generation opportunity for Victoria to engage more closely with the region and to strengthen the State’s economic and cultural links, not only to the fastest growing markets such as China, Indonesia and India, but also to more traditional partners such as Japan and South Korea.’

Victoria’s interest in engaging with Asia is reflected in the 2013 “Victoria-Asia Cultural Engagement Research Report” produced by Asialink Arts and Arts Victoria which gathered data and best practice strategies of Australian artists and arts organisations, specifically investigating their engagement with Asia.

The report found that 62 per cent of organisations stated that Asia was a key focus for them and it was estimated that this will grow to 76 per cent in the next five years. The key countries of interest were India, Indonesia, China, Japan, Singapore and South Korea. Currently the key activities engaging with the region were touring, residencies, professional development activities and exhibitions.

One of the key findings from the report was that high level leadership was needed to advocate for the importance of cultural exchange between Australia and Asia.

Through focus groups, the report also identified several practical challenges of producing international projects, such as the lack of funding needed to support important on-going engagement as well as to fund translation services. As one participant observed, ‘It is all about building trust, getting to know each other, beginning with small projects that grow….[it’s necessary to recognise] that projects might need quite a long planning stage with more than one visit to each other’s country – at least at first.’ This need for fostering long term relationships is reflected in another participant’s observations that stated that there needed to be less focus on trade and touring, and more emphasis on the cultural and artistic exchange.

Another interesting observation from the report was the reaction of local audiences to Asian collaborations. As one participant commented:


‘When you do a collaboration [with an Asian partner] the spike in diversity in the audience is incredible…We need to make sure that the work going on in our stages is reflecting the community.’

This reflection echoes the recent push towards producing more diverse content to more adequately reflect the diversity of Australian communities. But although productions from Asia seem to attract a wider public, there is not necessarily the institutional support to produce them. Another remark in the report states that


‘I’ve had the experience of trying to get a lot of artists [from Asian countries] to come to Australia to do residencies and workshops. I found there was not a lot of support from our end to bring these people out. [Funders] didn’t seem to value the inward movement of artists into Melbourne. There is much more support to take Victorian artists out.’

There are a few Melbourne-based initiatives that seem to buck this trend of mainly sending Victorian artists overseas. For example, in 2013 Multicultural Arts Victoria established Mapping Melbourne, a yearly festival that celebrates Asian Australian identity and international creative connections. As well as presenting local artists, the festival also invites contemporary international artists across a range of disciplines. The festival focuses on building networks between contemporary independent artists across the Asian region. Another recent example of connections with the region is the Asia-Pacific Triennial of Performing Arts (AsiaTOPA), which held its first edition in Melbourne in 2017. 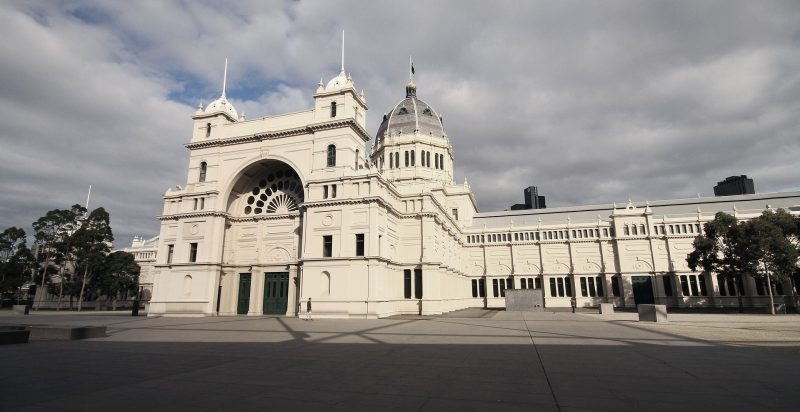 Although Melbourne is a diverse city with a strong creative industry, arts production hasn’t always reflected this diversity. However, this seems to be changing, with a number of smaller organisations successfully reaching out to less represented communities. This is a trend that will only increase in the coming years, with more engagement with diverse communities both locally and internationally. 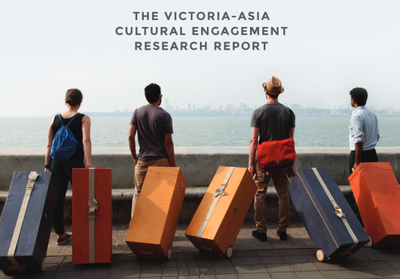 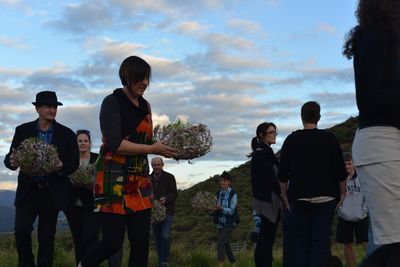