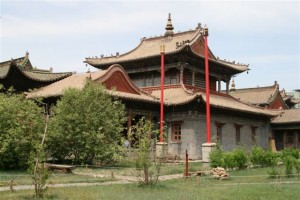 Like the other peoples of the world, the Mongolians have created great history and culture. Among the wonderful Buddhist monasteries that were created before the 20th century, the significance of the Choijin Lama Temple Museum complex to the cultural heritage of Mongolia cannot be underestimated. It is one of the very few Buddhist temples in this largely Buddhist country that escaped the destruction of places of worship carried out during the purges of the late 1930s under the Soviet occupation. Situated in the centre of the capital, Ulaanbaatar, it is a popular tourist attraction for both visitors and Mongolians alike. It forms a unique part of the heritage of the nation and is worthy of preservation, so that future generations may appreciate the colour and significance of this aspect of early “modern” Mongolia.

The Arts Council of Mongolia (ACM), a non-government organisation, quickly identified the Choijin Lama Temple Museum complex as a project worthy of their interest. Regrettably, as an emergent organisation in a country with - at that time – a very low GDP, the only funding available was through donations, sponsorships and grants. Government funding was not available although they recognised the need to preserve Mongolia’s unique cultural heritage. Mr. Roger Perry, Director and Chief Financial Officer of Xanadu Mines Ltd became interested in the work of ACM, particularly, in their projects involving the Choijin Lama Temple Museum complex. Xanadu is an Australian exploration company operating in Mongolia.

The example of Xanadu Mines and ACM’s joint project lends an insight into the landscape of public- private partnerships for cultural heritage management in Mongolia. It highlights how sponsorship from private companies is providing necessary support in cultural heritage preservation and in the promotion of the historical, architectural, religious and aesthetic significance of heritage sites.

Choijin Lama temple is an architectural masterpiece built between 1904 and 1908 in the center of Niislel Khuree by the king’s palace architect, Ombogo and dedicated to Lama Luvsanhaidav, the brother of the Buddhist spiritual leader, the 8th Bogd Khaan Javzandamba. The temple performed religious activities until 1938 when it closed. It was taken into national preservation in 1941. Although religious freedom in Mongolia recommenced in 1990, this monastery is no longer an active place of worship. It is considered as the number one Museum among all temples in Mongolia for its beautiful architecture, paintings, sculpture, colour and design (both exterior and interior). The Museum has a fine collection of woodcarving, applique, embroidery and sculpture, dating back as early as the 17th century.

During the last 100 years, the temple structures have deteriorated due to weather conditions and the lack of preventive maintenance. The roofs of all premises are damaged and the clay on the walls has come off, collapsed and sagged. The exterior colour and dye of the temple have become arid. The main temple, Zankhan required urgent renovations to a crack in its roof, which created a major leakage with collateral damage to the interior and contents.

Conserving and greening the temple

The issue of cultural heritage preservation has become increasingly important in recent years, encouraging ACM to start its Cultural Heritage Programme in 2006. The programme aims to preserve the intangible and tangible heritage of Mongolian culture and to transmit traditional knowledge to younger generations.

The ACM Choijin Lama temple preservation project has completed repairs to the main temple Zankhan and conducted an overall assessment of the temple, thus providing complete heritage site assessment crucial for the restoration of the Museum complex. Future work will be based on the recommendations made by expert architects, Ts.Oyunbileg and G.Nyamtsogt.

ACM also implemented a gardening project in 2008 with funding from Xanadu Mines in order to create a relaxing environment for the public at the site and to increase the aesthetic condition of the Museum complex. Part of Mr. Perry’s motivation in supporting this project came from the lack of green spaces in Ulaanbaatar at the time. Whether coincidental or otherwise, this project has led to an upsurge in the creation of “green” spaces in the city. During the project, the lawn areas were sown with grass seed and soil was imported into the garden. Nearly 2000 trees and 8000 flowers from a variety of species were planted into 15 beds dotted around the 7400 sq.m of land inside the surrounding walls of the temple museum. The refurbished garden was officially inaugurated on 30 July 2008 in front of a large audience, including the Minister of Culture.

Whither funding for heritage management?

Lack of government funding can mean that NGOs and private businesses are needed to take on a leading role and provide financial support for heritage preservation. In their efforts to embrace corporate social responsibility (CSR), mining companies have identified the interests, concerns and objectives of local communities, regional governments and authorities, and have started to address their varying needs. However, as most cultural sites are administered by the government, government agencies play an important role in providing consultancy to heritage conservators in heritage management. Therefore, the involvement of government agencies in public-private partnerships is crucial.

Xanadu Mines Ltd has a corporate commitment to Mongolia and recognises its responsibility to give back to the people some recognition in return for providing the resources that they will ultimately develop. Mr. Perry has experience directing conservation projects in Australia, including the restoration and conservation of the historic Galong Cemetery and the Catholic church in Binalong. Both projects were funded by the New South Wales Heritage Office and have received heritage awards. As part of their CSR projects, Xanadu funded ACM’s Choijin Lama preservation project, as part of which the Zankhan Temple roof was repaired, the garden surrounding the complex refurbished, and a complete assessment for restoration work completed.  In 2012, an engineering drawing will be made. The Mongolian government has shown its recognition to the project by presenting it with the ‘Ulaanbaatar City Best Garden Award’.

Along with the mining boom in Mongolia, debate has started around the definition of responsible mining and considerable effort has been made by the industry to highlight its commitment to protecting the environment and addressing the needs of communities. Oyutolgoi LLC (formerly Ivanhoe Mines), which is exploiting the world’s largest as-yet-undeveloped copper-gold ore deposit in the South Gobi province of Mongolia, developed its own cultural heritage programme in 2011 to preserve both tangible heritage resources (such as archaeological and paleontological sites) and intangible resources (such as folklore, dances and the Mongolian nomadic way of life in Southgobi region - Oyu Tolgoi project impact area). This programme is designing practical procedures to minimise the impact of mining activities on historical sites as well as devising plans to enhance local museums and encourage cultural events to draw tourists. The programme has implemented Mongolia’s first-ever Cultural Heritage Risk Assessment in the South Gobi region.

The Choijin Lama temple restoration project was launched to rehabilitate historic sites and revitalise cultural traditions promoting economic growth through the development of the tourism industry. As a result of the collaborative approach in heritage preservation management, a precious and unique historical and cultural memorial of Mongolia has become an attractive “oasis” in the middle of the city, providing its citizens with a place of rest and relaxation. The Museum complex is now attracting more visitors through outdoor corporate and cultural events, which have become generators of a creative economy. Preventive conservation and maintenance of the temple played an important role in protecting the historical buildings and artifacts from the ravages of natural disasters. This joint project is an encouraging sign for future collaborations to preserve Mongolia’s rich cultural heritage.

Bayanmunkh Dorjpalam is  cultural heritage programme coordinator at the Arts Council of Mongolia. She is responsible for developing, fundraising, implementing and reporting of all cultural heritage preservation and promotion projects undertaken by ACM. She has studied at the music & dance school for 12 years, majoring in the playing of the violin. She has a Bachelor of Arts degree in musicology from the Shanghai Conservatory of Music. Her academic research focuses on the history of traditional music in Mongolia. She is an expert on Mongolian culture & folk music and has experience working within the performing arts industry. 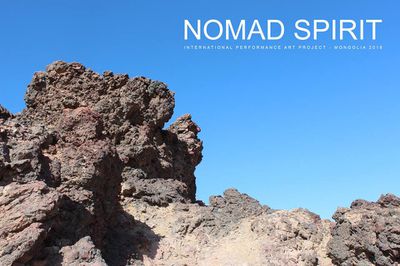