Without a doubt, South Korea has played host to one of the most interesting film industries of the past ten years. While gradual change has been the norm for most other countries, Korea's film sector has been re-built, transformed, and turned on its head. The films of a decade ago, and the companies that made them, seem almost unrecognizable to observers familiar with how the Korean film industry works now.

Korean cinema has changed to such a surprising degree because Korean society itself has undergone its own rapid transformation, from the autocratic military governments of the 1980s to the boisterous, globalized democracy of today. Whereas harsh censorship and highly distorting film polices combined to cripple local cinema in the 1970s and 1980s, the 1990s were an era of reform and new ideas. A new generation of producers and directors were attracted to the film industry, and though it would take some time, eventually a solid foundation for filmmaking was built, and a new kind of cinema appeared in Korea.

In 2008, when you talk to Korean producers or investors they are likely to paint a more pessimistic view of the current state of Korean cinema. The boom period of the mid-2000s, not unlike the U.S. stock market of the late 1990s, led to inflated expectations, over investment and inflated film budgets. Now that bubble has burst, and producers are feeling the pinch of leaner times. However this should not detract from what has been accomplished in South Korea. Some of the key milestones and developments are as follows:

* May 1999: A new government-supported body, the Korean Film Council (KOFIC), is launched with responsibility for drafting and carrying out film policy. In the coming years it will take a far more active stance in supporting and promoting Korean cinema compared to its predecessor the Korean Motion Picture Promotion Corporation.

* 1999-2000: Korea's first international sales companies are launched, including Mirovision, Cineclick Asia, Cinema Service, and CJ Entertainment. Thanks to their efforts and the increasing marketability of Korean films, annual exports would rise from $7 million in 2000 to $76 million in 2005.

* 2005: The "Korean Wave", a term referring to the regionwide popularity of Korean pop culture, hits its high water mark, with viewers from Japan to Hong Kong and mainland China getting caught up in the craze. Although the phenomenon is strongest for TV dramas, hit films like My Sassy Girl, April Snow, and A Moment to Remember rake up impressive box-office returns in Japan, Hong Kong, and other territories. Meanwhile the salaries of top stars like Bae Yong-joon begin to shoot up.

* 2006: An all-time box office record is set, with $954 million worth of tickets sold in the year, and Korean cinema taking an astounding 64% share of the market. But already some signs of a burst bubble start to emerge. With over 100 commercial features produced in 2006 alone, and budgets having raged out of control, only the biggest hits succeed in breaking even. Meanwhile, export figures plunge as Japanese and other Asian viewers start to cool on Korean cinema. Korean producers (and investors) realize that the boom years may be ending.

In the year 2008, the Korean film industry finds itself facing various challenges, such as the need to make filmmaking more profitable for producers and investors. But the industry has reached a level of maturity that it lacked in the past. The sophistication of Korea's film sector means that it is capable of producing a wide range of large and small films with consistently strong production values. Korea has also become a more reliable partner for international co-productions and other kinds of cross-border co-operation. The next ten years are unlikely to be as dramatic as the previous decade, but we can expect that Korea will play an increasingly important and prominent role in the broader Asian film market. 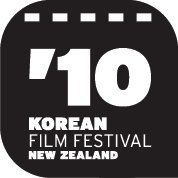