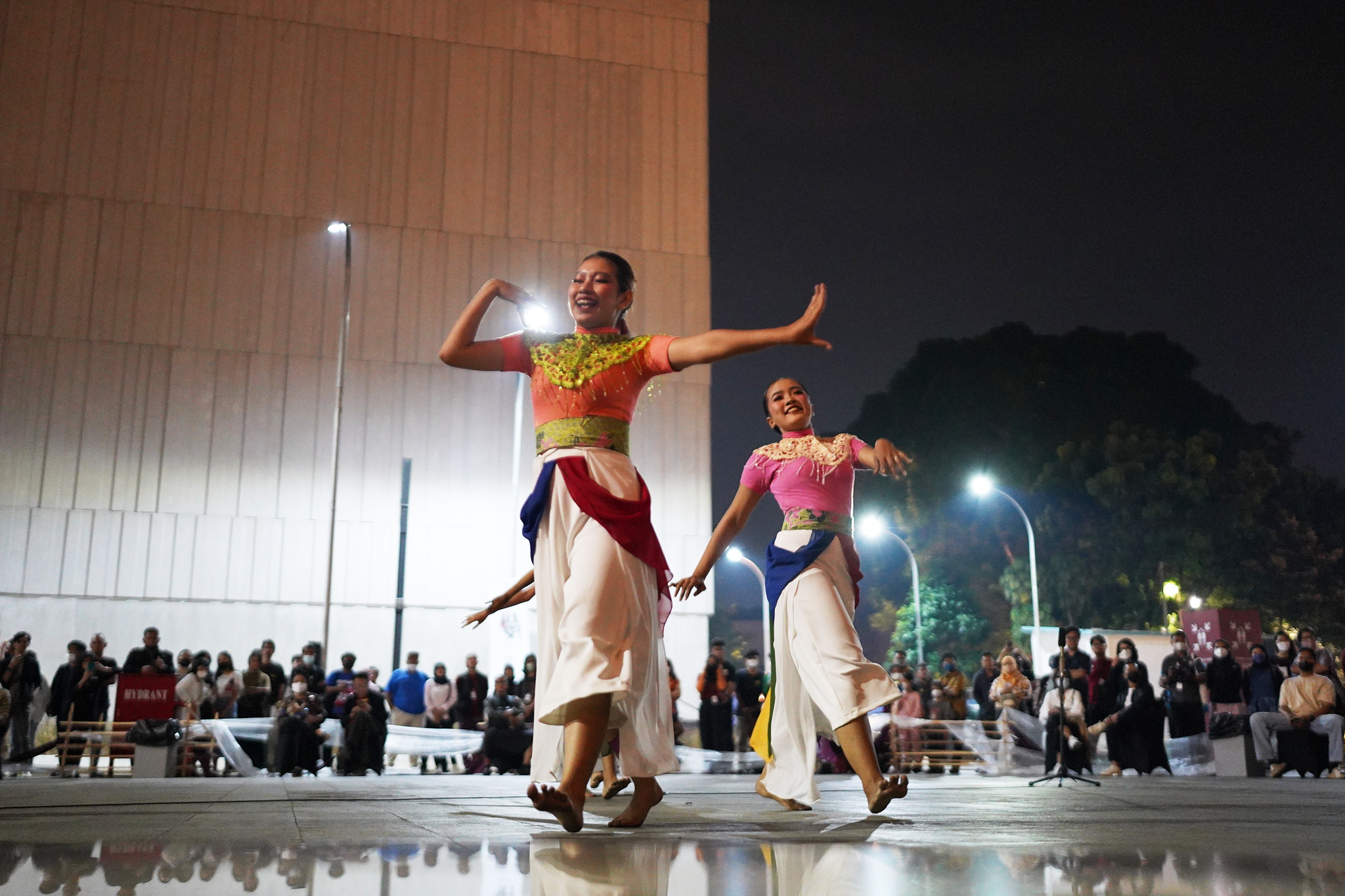 The 30th edition of Indonesian Dance Festival (IDF) 2022 was held from 22nd to 28th October at the Taman Ismail Marzuki and Komunitas Salihara Arts Centre in Jakarta, Indonesia. Founded in 1992, IDF is one of the longest running contemporary dance festival in Southeast Asia. In celebration of its 30th anniversary, IDF 2022 featured 7 Evening Performances, 6 Kampana performances, 8 Workshops, 4 Dance Talks, as well as a Vasana Tari archive exhibition titled “The Spectres of Choreography: Reading Dancing Body, Identity, Space Throughout IDF’s 30 Years Journey”.

As part of a media partnership, we have interviewed Ratri Anindyajati, the Director of Indonesian Dance Festival 2022. In this interview, Ratri shares on how much the festival has grown since its induction, what went on during the festival, the challenges faced in organising such an event, and as well as her hopes for the future of dance. 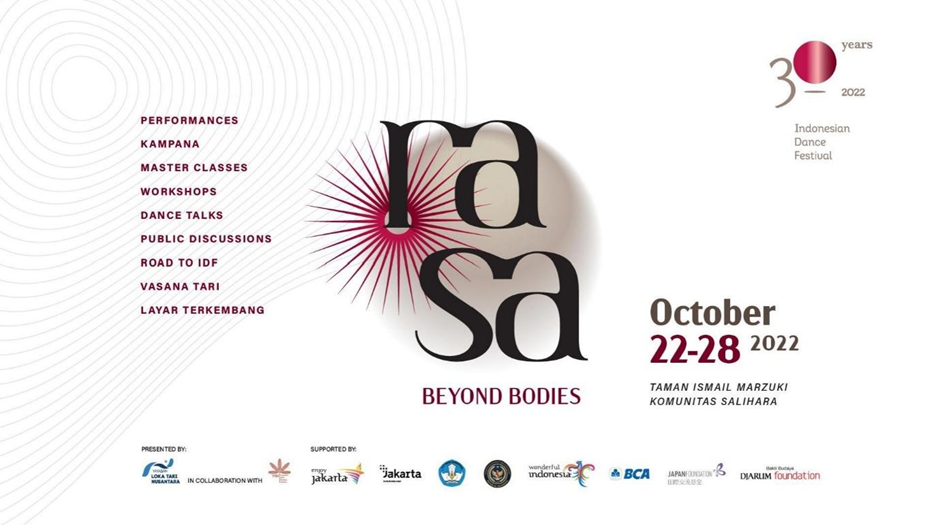 Regeneration
IDF has been run by 3 of the festival’s co-founders since 1992. IDF 2022 marks a moment of 30th year journey as well as an opportunity for regeneration of leadership and festival team, passing on the baton to the young generation to continue the festival’s legacy.

Scale
IDF was founded to fill a void of a platform to present works by young Indonesian choreographers. So the early editions focused on presenting works by Indonesian artists, but over time the festival grew to be international, presenting works by foreign choreographers as well as becoming a meeting place for international meetings such as the World Dance Alliance meeting (1996) and colleagues from Europe and Asia who are members of the Asian Europe Foundation.

Audience Profile
This year, we welcome younger groups of audience, some of them were first time festival goers. The wider audience profile is in line with IDF’s focus this year, and aligned with its vision to make dance more accessible.

Digital Presence
Through the use of website, social media, e-newsletter, and cross-country partnerships, including an online media partnership with ASEF Culture 360, we have been able to reach out to over 500,000 digital audiences from across Indonesia and overseas.

One of the missions we would like to achieve, which we started in IDF 2022, is to make dance more accessible to the wider public. Our message is that not only dancers and choreographers can dance, that dance is part of our everyday lives for happiness/entertainment and also to keep our bodies healthy. One of the ways we achieved this in IDF 2022 was by presenting a work by Gymnastik Emporium titled “Senam Kota Kita:  Pengantar Tubuh Kuat Hidup di Ibu Kota”, in which they had a process of community engagement with female aerobic instructors and aerobic participants in Central Jakarta. The theater stage was filled with around 100 participants from the community as part of the work. 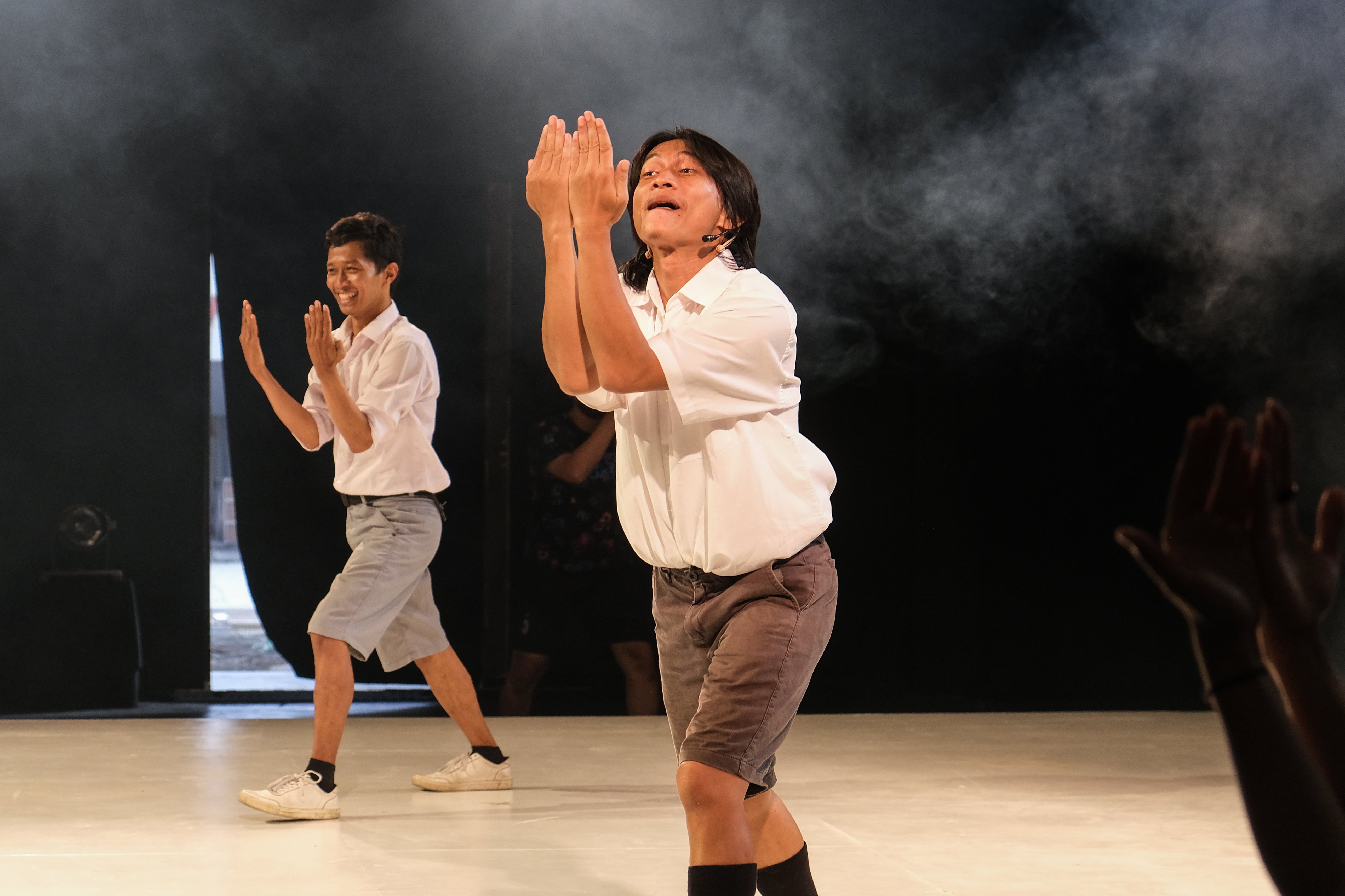 Several works by the Kampana artists (IDF’s laboratorium where we provide quality time, space, guidance for young artists to realize their ideas, through several workshops which culminate in a presentation of work in progress or work presentation during the festival), where they integrated the use of technology and the VR world into the work. Inciting audiences to participate actively with the choreography, both in movement and through the VR or their own gadgets while enjoying the performances. These are works by Jared Luna (the Philippines), Eka Wahyuni (Berau/Yogyakarta, Indonesia), and Kornkarn Rungsawang (Thailand). 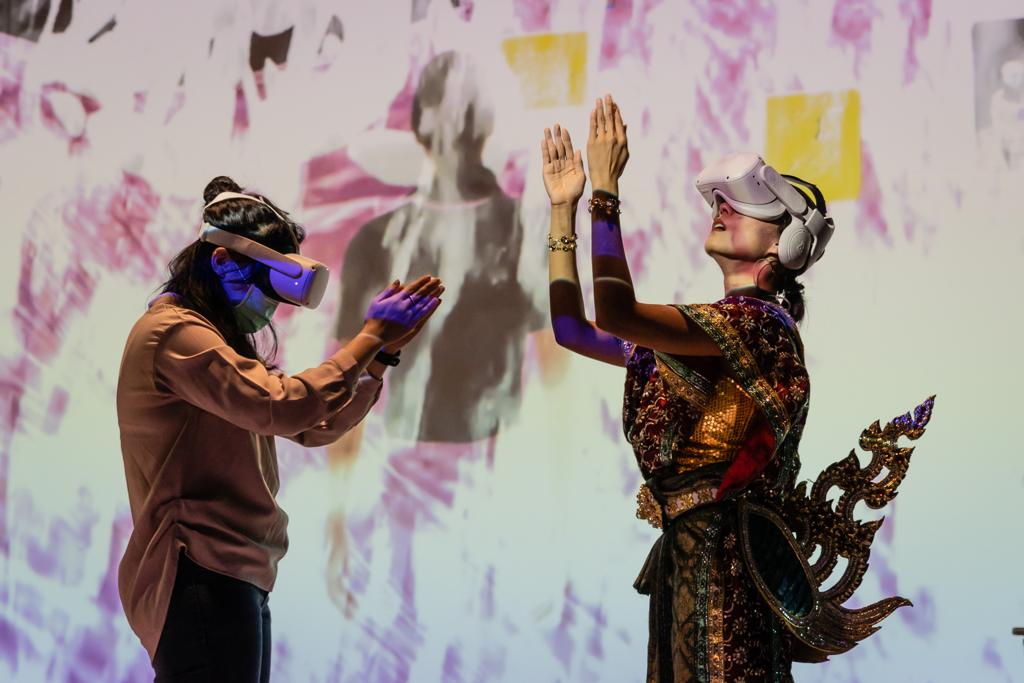 The main festival programs are organized in-person, signifying the return of  contemporary dance to the stage with live audiences since 2018. And the energy exchange was unbelievable - something we have all missed during the global pandemic. However, we are working on launching post-festival digital materials that will be published by the end of November 2022, to enable access to insights and knowledge from dance practitioners who participated in this year’s festival. The online materials also serve as a valuable archive of the festival, as well as Indonesia’s contemporary dance development. Archiving is something that the IDF, through its umbrella organization Yayasan Loka Tari Nusantara, has been doing since three decades ago.

IDF’s core mission since it was first held in 1992 has been to nurture Indonesian young choreographers, and provide them with a platform to perform that are accessible for both national and global audiences. In this regard, Kampana is the heart and soul of the IDF. Through this initiative, IDF has helped nurture many notable dance practitioners that are known globally, some of them include Eko Supriyanto, Hari Ghulur, Riyanto, Ayu Permata Sari, and Otniel Tasman.  Three decades on, the mission remains the same - only broader - because the festival hopes to nurture members of the dance ecosystem, both on stage and behind the scenes, to ensure healthy growth of the Indonesian dance scene.

In the context of Indonesia, specifically, we hope that the public will understand more and show more interest in contemporary dance. We try to do so by making our content available and accessible as much as we can, also communicating that dance is for everyone. Indonesia has a never ending wealth of dance traditions and cultural diversity  throughout the whole archipelago. These traditions are generally taught to young kids, making dance already a starting point of activities as young children, dance is already part of daily lives. These traditions are also the basis of Indonesia’s contemporary dance works. 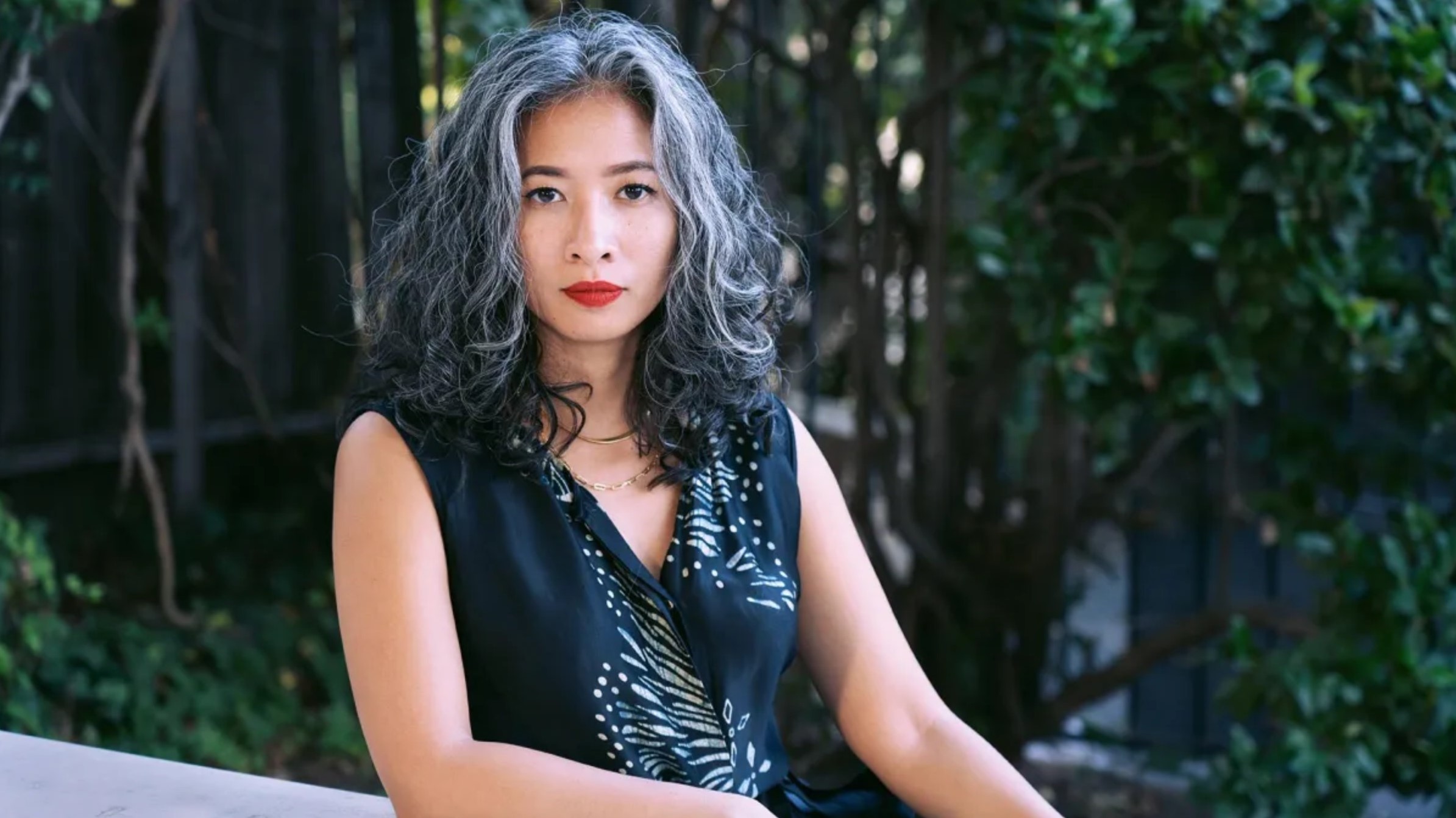 Ratri Anindyajati is a creative producer and cultural manager from Jakarta, Indonesia. Ratri holds a Bachelor’s degree in Political Science and an MFA in Creative Producing at the California Institute of the Arts. Having learned various dances since childhood, Ratri has been involved in IDF since 2006. She has been appointed Director in September 2022. Ratri plans to expand IDF’s international network, develops residency programs to support the making of new works and continues to provide spaces to grow for all involved in performing arts industry.

For more information regarding the festival visit: https://indonesiandancefestival.id/en/ 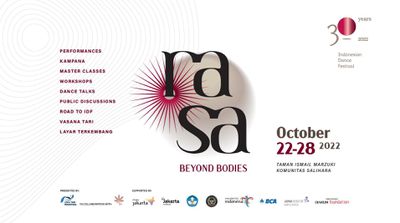 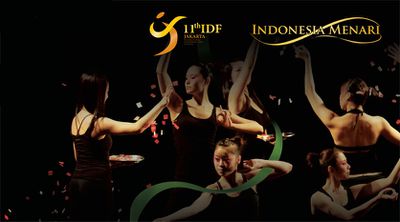