This month film.culture360.asef.org (formerly know as SEA-IMAGES) meets with Yang Gi-hwan, the executive director of the Coalition for Cultural Diversity in Moving Images (CDMI), to discuss the current situation of Screen Quota in Korea and his views on the reduction of the quota that takes effect on the 1st of July 2006.

Mr Yang, could you tell us about your background?

Can you tell us more on the history of the actions of CDMI?

In the past, under the authoritarian regimes, movies were the target of the government’s control and oppression. Although Korean film industry had not yet been developed enough to stand on its own two feet, the limit to the number of the prints of a foreign movie (16 prints at maximum—which means that it could be seen on no more than 16 screens) was lifted under the pressure from the US. Without any safeguard, Korean films, especially in terms of production and distribution, had to face the biggest challenge ever. To cope with the crisis, the film milieu set up CDMI on January 29, 1993, and started monitoring and inspecting the compliance of the screen quota system under the Film Promotion Act. The result was very positive: Compared to the past when a theatre showed local movies just for six days and Hollywood movies for the rest of the year, all the theatres now had to comply with the screen quota. In 1993, an average of 60 days was falsely reported for domestic film screening. However, in 1998, after five years of our inspection and monitoring, the screen quota was put in place and was perfectly executed. CDMI is now working on solving issues surrounding TV content quotas and strengthening its international network. It is on the front in protecting the screen quota with support from the film people and promoting the UNESCO Convention on the Protection and Promotion of the Diversity of Cultural Expressions.

Since the announcement of the Korean government, at the beginning of this year, to cut down the Screen Quota by half, CDMI and Korean film industry have done many actions both at home and abroad (Berlin and Cannes). What are the assessments and conclusions of these actions?

At home, we have held three large-scale demonstrations as we organized the alliance as soon as we heard the news that the government would reduce the quota. We set up a tent for a 146-day-outdoor protest, and have been staging one-man protests and candle light vigils every day, which will continue until July 31. In coalition with educational, medical, public services, agricultural workers, and labourers, CDMI is taking a leading role in the whole industry-wide campaign against the Korea-US Free Trade Agreement (FTA). We went abroad to let the world know about the situations in Korea, where a country’s sovereign rights to have its own cultural policies is significantly threatened by trade within the framework of FTA and WTO. To make the world awakened by our crisis, we went to the Cannes festival and the Berlin festival. We are hoping that cultural professionals are well aware of the possibility that the screen quota reduction will make the UNESCO Convention useless and futile. We are communicating with our counterparts in other countries about what is the US’ hidden agenda and how to put harder pressure on the Korean government to protect our cultural diversity. Meanwhile, we publicize the international supports for the screen quota campaign, bringing stronger support from the public and inspiring the film milieu to keep struggling. We’ve done our best and are satisfied with the results so far.

What do you think will happen after July 1st? Will the government really cut the Quota to 76 days or is there a chance of cancelling this decision?

As the Cabinet endorsed the bill on halving the screen quota on May 7, which will go into effect on July 1, there is no possibility for the government to scrap its decision. However, we will not give up our hope because the failure of the Korea-US FTA negotiations can lead to the restoring of the quota. The quota was cut in half as a precondition for the starting of the FTA negotiations, which is scheduled to end by May 2007. Therefore, if the FTA negotiations end up in a failure, there will be no ground for reducing the quota and the film industry can force the government to resume the quota to the original level. We are cooperating with labourers, farmers and those from the medical and public services in the fight against the Korea-US FTA. We expect that such cooperation can encourage other industries and the public to support the film industry for the screen quota campaign.

No way. Those announcements of aids were no more than stop-gap measures aimed at easing the public’s concerns. There is too little budget for them and no support for independent and art movies at the moment. To make it worse, the government body that manages the state budget cut down on the budget for the Ministry of Culture and Tourism for 2007, pushing the ministry into a further chaos.

What are the dangers for the Korean cinema at short, medium and long terms if the Quota is reduced or totally abolished?

Based on our research, the study of Samsung Economic Research Institute—the largest non-government research centre in Korea—and overseas cases (Brazil, Mexico, Taiwan, etc.), I think that the quota reduction will deal a hard blow to Korean films. The reduction to 20% or 73 days per year means that the market share of Korean films, which is currently hovering around 50%, will go down to 20%. I know Korean movies can compete with Hollywood movies when it comes to quality. However, without the screen quota, Korean films with good quality won’t be screened in theatres under the Hollywood’s monopoly power over distribution. If Hollywood distributors press theatres to show their movies, theatre owners have no option but to do what they ask.

What are the future plans of CDMI?

We will have a good run until the Presidential Election in December 2007, making our struggle more diverse and robust. In the short term, we will push the National Assembly to adopt the revision of the Film Promotion Act in October that will stipulate the quota should be 146 days per year. If this attempt fails, we will try hard to block the Korea-US FTA in collaboration with other industries by May 2007—the scheduled deadline of the negotiations—so that we can call on the government to resume the quota level. If this effort fails again, we have another card. With the upcoming presidential election, we will lobby candidates to promise the restoration of the reduced quota as an election pledge. What makes possible all this fight is the unshakable commitment of the film milieu and the strong support from the public. 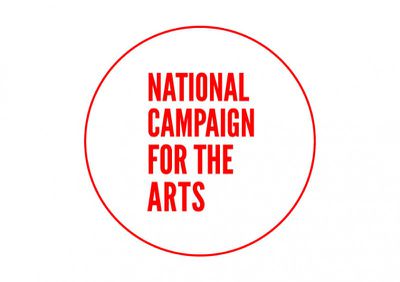