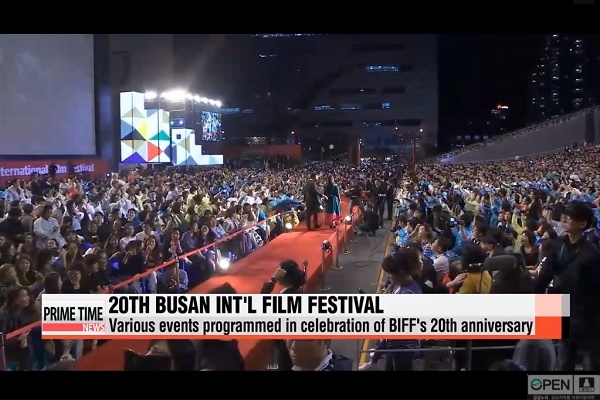 A typhoon and a government budget cut did not stop cinema lovers from flocking to Asia's most influential film festival. Youkyung Lee reports from the annual Busan International Film Festival (BIFF) in Korea as it drew to a close with a record number of visitors and many new Asian movies for the world to enjoy.

The start of the 20th edition seemed doomed by a cut in the South Korean government's budget for the event and typhoon-triggered strong winds that grounded red carpet guests.

But the festival overcame those obstacles, as companies based in Busan, other corporate sponsors and South Korean film professionals stepped up to help fund the festival. Organizers also arranged bullet trains or drivers to whisk many of the A-list guests stranded at a Seoul airport, including German actress Nastassja Kinski, to Busan in time for the opening ceremony.

The event drew a record number of 227,000 visitors over 10 days, a slight increase from last year. Legendary filmmakers such as Hou Hsiao Hsien and Leos Carax, American actor Harvey Keitel, French actress Sophie Marceau and Korean heartthrob Yoo A-in were among the top stars who met audiences at a movie screening or at an open air talk on the beach.

Other highlights from the festival included:

One of the most feted works by a budding Asian filmmaker this year was "Immortal" by Iranian director Hadi Mohaghegh. It was honored with two of the biggest awards at the festival.

Countries on the margin of the global cinema industry showed strong potential. Another winner of the New Currents section was a film from Kazakhstan, "Walnut Tree," by Yerlan Nurmukhambetov. Jurors said it showed "a way of life that's unfamiliar to most of us but proves how humor, kindness, and forgiveness connect us all."

China continued to be a notable force at the event, despite fears that Chinese attendance would be affected by the Middle East respiratory syndrome that hit South Korea in the early summer and a plunge in mainland Chinese stocks.

The Asian Film Market, the 10-year-old market that is part of the festival, demonstrated its potential to become the go-to place for Asian film professionals to tap the fast-growing Chinese market.