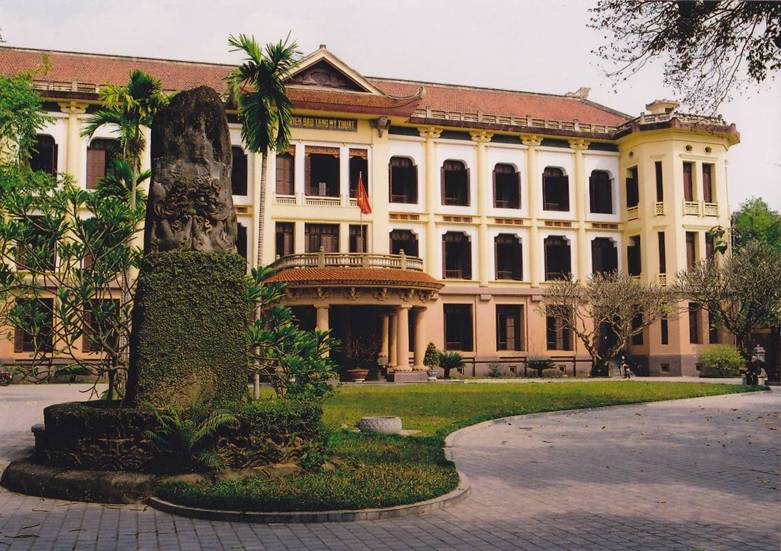 The Vietnam Museum of Fine Arts is a national museum established by the Vietnamese government to preserve and present the country's artistic treasures. The museum building itself is an artistic work of architecture. A former French girls boarding school, it is a combination of old French style architecture with traditional architectural elements of Vietnamese communal houses.

The museum exhibition, which was first opened to the public in 1966, features not only contemporary 'fine arts', such as paintings and sculptures, but also traditional arts, which include different forms of religious sculptures, folk paintings and ceramics. The Museum is also a place for contemplating great works of art produced by generations of artists whose life and work reflect the country's major artistic achievements and historical landmarks of the 20th century.

The Vietnam Museum of Fine Arts belongs to the Ministry of Culture, Sports and Tourism. Its six departments include: Research and Collection; Exhibition and Education; Collection Management; Conservation; General Administration and External Relations; and Security. In addition to exhibition galleries, the Museum has a Space for Children's Creativity, a site for storage, a library and a centre for art conservation. The Museum often organizes temporary exhibitions and special activities for school children and families. It is open every day from 8:30 to 17:00.

With more than 20,000 works of art of which about 3,000 objects are on display, the permanent exhibition of the museum is presented into six major themes: