The Southeast Asian Ceramics Museum was founded in honour of Bangkok University's 40th anniversary in 2004. It opened its doors to the public in May 2005. The building was designed by a national artist of Thailand, Mr. Nithi Sthapitanonda. The design of ancient Thai kilns, which were built partially underground, inspired the idea of having the museum partially underground. The core collection was donated by the founder of Bangkok University, Mr. Surat Osathanugrah. He gave about 2,000 pieces, and about 250 are presently on view. Most of the ceramics come from sites in Thailand, and many were recovered from burial sites on mountain ridges along the Thai-Myanmar border during the 1980s. Those sites, from about 1300-1600, are called the 'Tak-Omkoi' sites. The museum has the largest Tak-Omkoi collection that is made available for research. It was established with the aim to be a learning center of ancient works of art for those who are interested in archaeology, as well as to serve as a research center and a place for displaying highly valuable collections of cultural evidence of which Thai people are proud. Permanent collections: 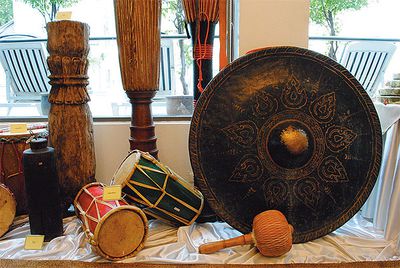 Research Institute for Languages and Cultures of Asia, Thailand