Sofia International Film Festival aims to introduce significant and innovative works in the contemporary world cinema to local audiences, promote regional (Bulgarian and Balkan) cinema to international audiences, as well as to encourage the cooperation between local and international filmmakers. Featured in Variety’s Top 50 of cinema festivals, the event presents Bulgaria to the world as the host one of the important film festivals in Europe and takes place annually in March. Since its creation the director of the festival has been Stefan Kitanov. 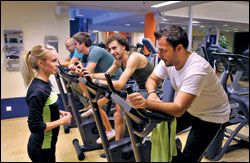