The Singapore Film Commission (SFC), a government agency, was set up in April 1998, in response to the rapidly growing Singapore film industry. From 1 January 2003, the SFC became part of the Media Development Authority (MDA). SFC's mission is to "nurture, support and promote Singapore talent in filmmaking, the production of Singapore films, and a film industry in Singapore". The Commission is spearheaded by 13 to 15 members from both the private and public sectors. It looks into various aspects of the film industry's needs and our work can be divided into three main areas: Education & Training, Facilitation & Promotion, and Funding. One of the attractive funding schemes include the Co-Production Investment Programme which is open to producers who are resident in Singapore and who have companies incorporated in Singapore with at least 30% local ownership participating in co-production ventures with foreign partners. For Singaporeans, short films grants of up to SIN$5,000 are available while the Feature Film Investment Scheme go up to SIN$250,000. 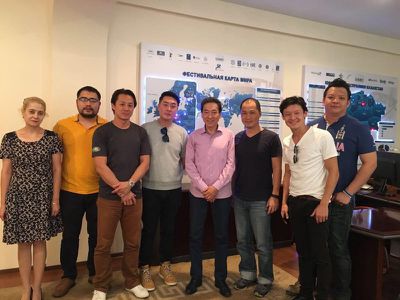