The purpose of the National Gallery of Australia (NGA) is to serve the public by enhancing understanding and enjoyment of the visual arts. The vision is the cultural enrichment of all Australians through access to their national art gallery, the quality of the national collection, the exceptional displays, exhibitions and programs, and the professionalism of the staff.

The National Gallery of Australia holds collections that are still newly formed. When the building opened in Canberra in 1982 there had been only ten years of serious collecting in preparation for the opening. A new collection cannot even hope to eventually cover most areas and periods of world art, as do many long-established overseas national museums of art. Furthermore, except in Australian art, the National Gallery of Australia cannot, and should not, compete in all the same collecting areas as Australia’s state art museums, all founded well over a hundred years ago.

25 years on from the opening, this revised collecting policy takes account of substantially increased prices for late nineteenth- and twentieth century international art. Additions to this major area of the collection will necessarily be limited. Mindful of other Australian state collections, the National Gallery places greatest emphasis on: 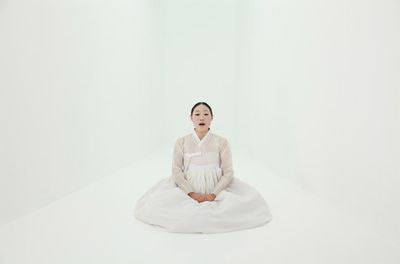