The National Film Archive of Thailand was established in 1984 as a section of the National Museum, Fine Arts Department, Ministry of Education. It was transferred to the National Archives in 1987. Material is mainly acquired through donations from government agencies and private institutions. Acquisitions of Thai film from abroad is also undertaken whenever possible.

In 1987, a project called Thai Film Back Home was started through the co-operation between the government and the private sector. Nearly 400 titles of original negative Thai feature films were brought back from film laboratories in Hong Kong to Thailand and are now kept at the National Film Archive.

The Restoration of an Indonesian classic, Lewat Djam Malam 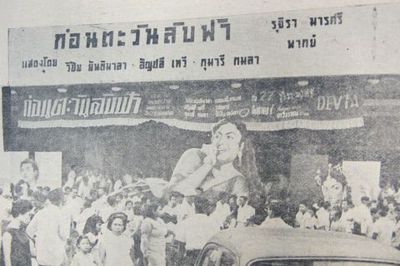