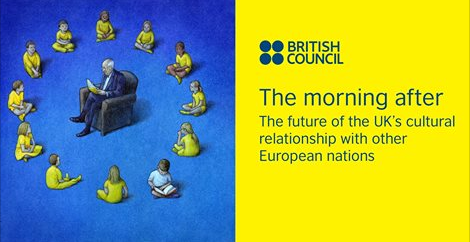 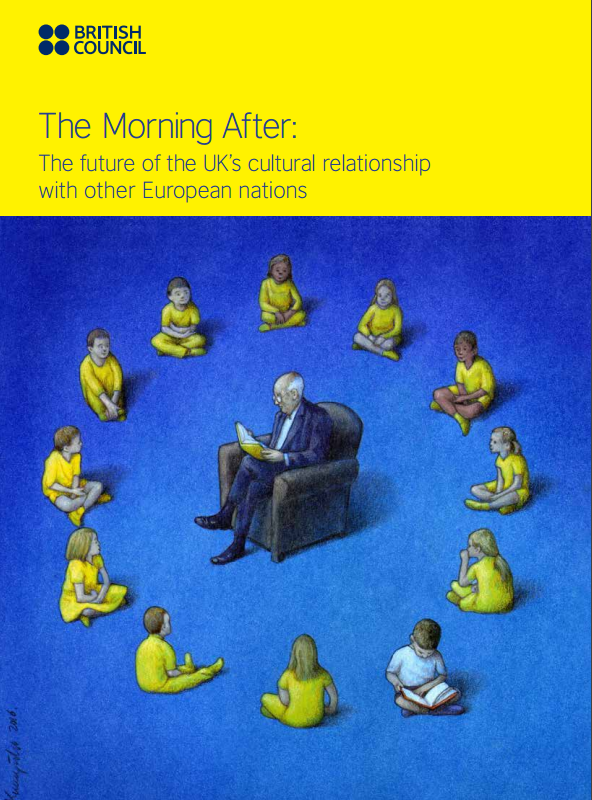 On 23rd June the people of the UK made the historic decision to leave the European Union. Ahead of the referendum the British Council commissioned this collection of essays by prominent people working in a wide variety of cultural sectors. They offer an insight into the historic, social, artistic, scientific and educational connections between the UK and other European countries, and a reflection on how these might be shaped in years to come.

The British Council asked the authors to write about their own experience, and reflect more broadly on the value of culture as an enduring force of attraction within and beyond Europe. Commissioned artwork offers a wry commentary on the UK’s ‘European question’: the cover illustration suggesting an urgent need for (re) engagement with our neighbours.

The title of the collection – The Morning After – is intended to suggest that the UK is now presented with an opportunity to take stock of its relationships with other European countries, and reconsider its cultural connections with people across the continent.

The British Council is the UK’s national body dedicated to building international understanding. We believe that given the result of the United Kingdom’s referendum on EU membership, the cultural connection between the UK and other European nations will remain vital, and can help to build confidence and trust in whatever political and economic settlement is finally reached.

We are a global organisation, with operations around the world, but our roots are European – we were created as part of the UK’s response to the rise of Fascism in the 1930s.

Like weather fronts and migrating swallows, culture and ideas are not stopped by border posts or passport regulations. That should be a cause for celebration, and a comfort at a time of great uncertainty and change.

Whatever course political events may take over the coming months and years, Europe will remain a place of cultural exchange for all of us, as it has been for millennia.


“...as a cultural union, Europe is unrivalled. The United Kingdom – and London – is the beating heart of this Europe that I know and love.." - Martin Roth, Director, Victoria and Albert Museum