Founded in 1999 by Apichatpong Weerasethakul, Kick the Machine Films is active in introducing and supporting experimental films and videos in Thailand. Its Bangkok-based company also co organizes the Bangkok Experimental Film Festivals in 1999, 2001 and the recent edition in 2005. The company's aim is to finally establish a network for a new generation of Thai video/ filmmakers and to promote their work at home and abroad. 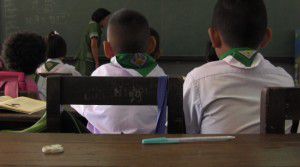