The European Expert Network on Culture (EENC) has published a new study of strategies and bodies in EU Member States that support the export and internationalisation of goods and services in the cultural and creative industries.

In July 2012, the European Commission’s Directorate General for Education and Culture (DG EAC) asked the EENC to produce a commented mapping of strategies and bodies existing in EU Member States to support the export and internationalisation of goods and services in the cultural and creative industries (CCIs), as well as contextual data on trends and export volumes and a final analysis of the evidence presented.

The request arose in the context of the setting-up of a Working Group involving representatives of EU Member States, within the framework of the Council of Ministers’ Work Plan for Culture 2011-2014. The report was then presented and discussed at the first two meetings of the working group, held in Brussels in December 2012 and February 2013.

The resulting document lists approximately 100 publications, policy documents and evaluation reports from the past five years, as well as around 230 bodies involved in the export and internationalisation strategies of CCIs, covering all EU Member States. It also identifies three key action areas where cooperation among European governments and agencies could be furthered, each including specific recommendations: identifying and disseminating good practice; building the knowledge and evidence base for CCI exports; and fostering joined-up policy and investment for CCI export development.

This study has been seen as an extremly timely intervention by the EC and has been approved by the Working Group of representatives from EU Member States. It is being widely circulated and discussed in professional networks and has been praised by significant players in the cultural industries field on KEA Creative Europe LinkedIn group:


"Bravo! It is stimulating to see this timely and very comprehensive report. I was proud to see all the quotes from my work and see how the UN Creative Economy Reports 2008 and 2010 have been influential. As the designer of the UNCTAD Creative Economy Database on creative goods and services, I can only applaud this work and the EC initiative towards a better understanding of the global market for creative products. Certainly, there is still so much to be done, but this report made a meaningful step forward. More evidence-based research, statistics and political will are needed to translate the recommendations into concrete policy actions at country level." Edna Dos Santos-Duisenberg 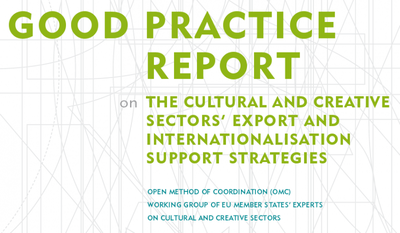 Mapping the Cultural and Creative Industries in Greece 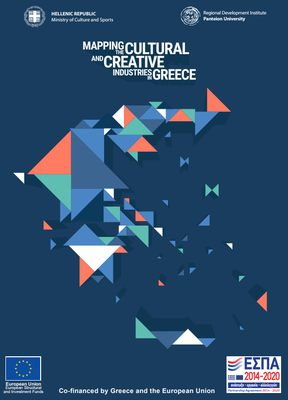