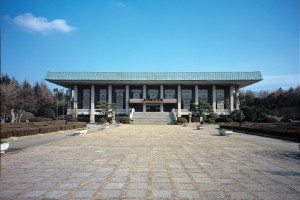 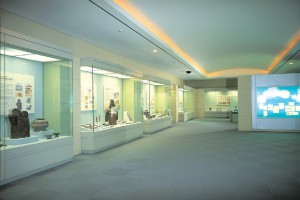 The Busan Museum was first opened in 1978. To keep up with the image of Busan as a global city, it became important to upgrade the museum's facilities in order to be a proud symbol for the city and its community.

In 2002, a second exhibition building was also constructed which is used to showcase heritage objects acquired through excavations, donations and purchases. The Busan museum's collections contain important artefacts that showcase the character, history and culture of Busan from prehistoric times to the present age. These artefacts are not just historical evidences but are also treasures that inspire wisdom and reveals to visitors the path that Busan should proceed.  The museum aims to achieve its function and role as a comprehensive museum through its collection, conservation and preservation polices, through research and exhibitions of traditional cultural materials related to Busan's community. The museum also runs a variety of educational programmes to cater to our community. The Busan museum is also actively involved in exchanges with institutions within Korea and internationally so as to create a museum in keeping with the status of Busan as the largest port city in Northeast Asia.   Collections:  There are various national treasures in the museum collections, for example: