AGITPROP is production company working on creative documentaries, TV programs, commercial video spots, as well as art and advertising photography, graphic design, pre-press and print.It was set up in 1997 by cinematographers Boris Missirkov and Georgi Bogdanov. Since its inception the activities of the company were intertwined with the work of the Bulgarian Photographic Association, another major offspring of the tandem Missirkov/Bogdanov.

One of the first major projects of the company was Photomaton, 1999 – a monthly programme for Channel 1 of the Bulgarian National Television. From them on, in parallel with developing the company’s first feature-length creative documentary, AGITPROP’s team was working on TV programs, such as Central Express, 2003 - a series of short documentaries on Bulgaria for RAI and the European Commission, and several productions for the CARE foundation human trafficking campaign. One of them was The Story of Olga, which premiered in 2004 alongside the film that turned out to be the first major international success for the company - Georgi and the Butterflies.

Throughout the years AGITPROP’s efforts were primarily aimed at promoting open-minded and talented directors and filmmakers. The company has produced a number of films, mainly creative documentaries with a strong author’s style. The company’s projects are in co-production with leading TV broadcasters such as: Channel 4, Sundance Channel, ITVS, ARTE, RAI, CBC, SVT, YLE, NRK, HOS. AGITPROP is also actively involved with the management of an independent Balkan Documentary Center that will support and nurture documentary filmmakers from the Balkans. 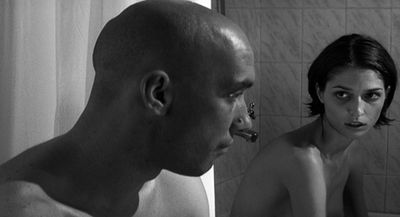