The Adriano Olivetti Foundation was established in 1962, with its main offices in Rome, by Adriano Olivetti’s relatives, friends, and collaborators, with the aim of mobilizing and developing the civil, social, and political engagement that distinguished the work of this Piedmont entrepreneur. Among its statutory aim is "the promotion, encouragement, and organization of studies directed at deepening the knowledge of the conditions upon which social progress depend".

In line with this mandate, the Foundation carries out research and sponsors cultural and scientific projects following an interdisciplinary approach in four main areas:


The Adriano Olivetti Foundation sponsors studies; encourages and coordinates projects, conventions and seminars; and organizes exhibitions along with other charitable institutions and public and private entities both in Italy and abroad.

In its main offices in Rome and Ivrea, opened in 2008, Italian and foreign researchers have at their disposition documentary material from a large archive, in paper and multimedia format, as well as a vast library of over 10,000 volumes, all of which have been declared of relevant historical interest by the Minister of Cultural Resources and Activities. The archive, divided into several different sections, is a collection of Camillo Olivetti’s business and private correspondence, the particularly rich and exemplary correspondence of Adriano Olivetti as well as that of other members of the Olivetti family, the archive of Movimento Comunità and Edizioni di Comunità, along with the personal archives of Ludovico Quaroni and Georges Friedrich Friedmann. In short, the archive represents 50 years of the Foundation’s activities.

The Rome offices host Camillo and Adriano Olivetti’s personal libraries, considered of great cultural relevance due to the quality of the publications they contain and the vast scientific and cultural interests represented; the compete collection of Edizioni di Comunità and the magazine Comunità; the complete collection of the Foundation’s publications since 1962; along with the Quaderni della Fondazione. The Foundation publishes, both in collaboration with publishing houses and autonomously through Edizioni di Comunità, the traditional series Quaderni della Fondazione and the line Intangibili, available mainly in digital format.

The Adriano Olivetti Foundation has been a member of the European Foundation Center since 1998. 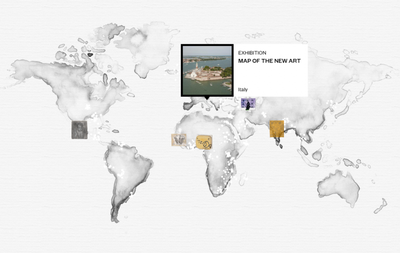