Inter-disciplinary.net  is a multi-disciplinary project that seeks to explore the new and prominent place that the idea of culture has for the construction of meaning and identity, as well as the implications for social political membership in contemporary societies. In particular the project will assess the larger context of major world transformations, for example, new forms of migration and the massive movements of people across the globe, as well as the impact and contribution of globalisation on tensions, conflicts and the sense of rootedness and belonging. Looking to encourage innovative trans-disciplinary dialogues, papers have been invited from all disciplines, professions and vocations which struggle to understand what it means for people, the world over, to forge identities in rapidly changing national, social and cultural contexts.

Papers, workshops, presentations and pre-formed panels are invited on any of the following themes:

1. Contemporary Rediscoveries and Redefinitions of Culture
~ Multiple, polyvalent and contradictory conceptions of culture
~ Infinite source of meaning and identity, of membership and exclusion, of privileging and stygmatising, of worth and misery, of place and history, of violence and destruction
~ Cultural remaking of self and other; recasting of links, bonds and relations
~ The contradictory forces of culture: diversity versus homogeneity, multiplicity versus sameness, alterity versus normality, recognition versus misrecognition
~ Textures of cultures: fixed, fluid, porous, hermetic, rigid and flexible

2. Cultural Boundaries, Peoples and Nations
~ Dislocation and decoupling of culture and nation, of culture and place, of culture and history
~ Resurgence of the local, the diminishing importance of the national and the forces of the global
~ What does it mean, today, to be part of a culture, to be part of multiple cultures?
~ Massive and new forms of global migration and the new hybridity of cultures
~ Assimilation, integration, adaptation and other forms of ‘forcing’ cultures on migrants

3. Individuals, Identity and the Inter-Subjective
~ De-centering individuals and th emaking of persons; thinking and acting with others in ind and interpersonality
~ Tensions, contradictions and conflicts of identity formation and social membership
~ New sources and forms of belonging; new tribalism, localism, parochialism and communitarianism
~ Bonds of care across boundaries of inequality and exclusion, ideologies and religions, politics and power, nations and geography
~ Who am I if not the Relation with Others?
~ Non-recognition as cultural violence

4. Cultural Formations
~ What are the dynamics and processes that define the central tenets of a culture?
~ How are cultures defined and redefined? Who participates in the social and political task of defining and redefining culture?
~ What is shared from cultures? How are cultures shared? Who has access to the sharing of cultures?
~ Symbols and significations that connect people to cultures other than ‘their own’
~ Culture and the construction of identities: destiny, happenstance, choice and politics

5. Politicising Culture
~ Political battles over the principles and core values of a culture, of many cultures
~ The dynamics of cultural recognition and misrecognition
~ What is the place of cultural claims in today’s forms of social and political membership?
~ Trans-cultural connections that escape institutional and political control
~ Cultural claims and human rights

6. Art and Cultural Representations
~ Media and the construction of cultures and identities
~ Production and reproduction of cultural recognition and misrecognition
~ The contested space of representing meaning and identity, culture and belonging
~ Art, media and how to challenge the rigid and impenetrable constructions of culture
~ Living, being and belonging through art; life imitating art and fiction

7. Crossing Cultural Boundaries
~ Interpenetration, overlapping, crossovers, interlacing, hybridisation and interdependence
~ Languages, idioms and new emerging forms of bridging the ‘invisible’ divide of cultures
~ Conceptualisations that foster the breaking down of rigid cultural boundaries
~ Equalising cultures; recognition and respect across cultures
~ How to revamp historically old concepts like tolerance, acceptance and hospitality?
~ An ethics for cultural relations

For further details on how to apply, please refer to:- Inter-Disciplinary.Net 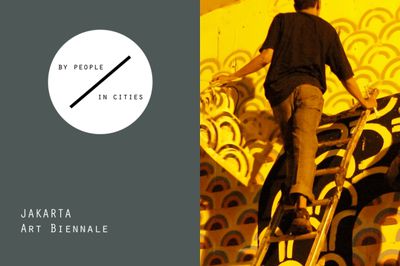