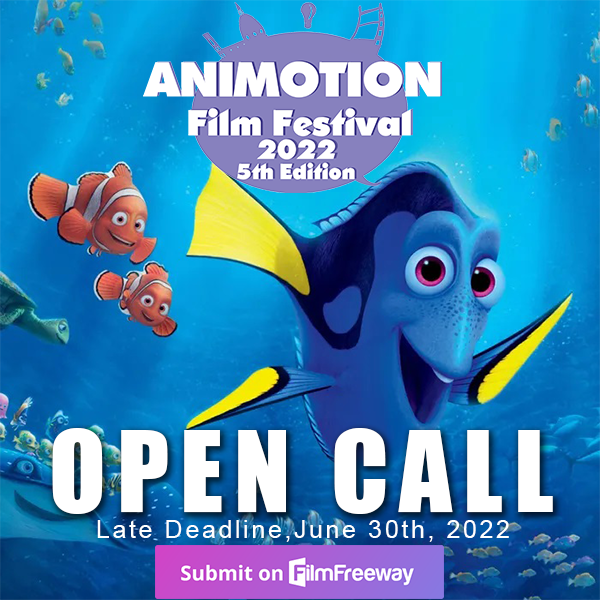 culture360.ASEF.org is delighted to be the media partner of Animotion Film Festival 2022 which will take place on 12 July 2022 in Florence, Italy.

Animotion Film Festival is a competitive film festival dedicated to 2D-3D Animation and Stop Motion Films. it gives space to individual authors, animation schools and productions from all over the world to showcase their works.

Animotion has launch an open call for submissions for the next edition of the festival. For more details about submission process & guidelines, please refer to the link below.