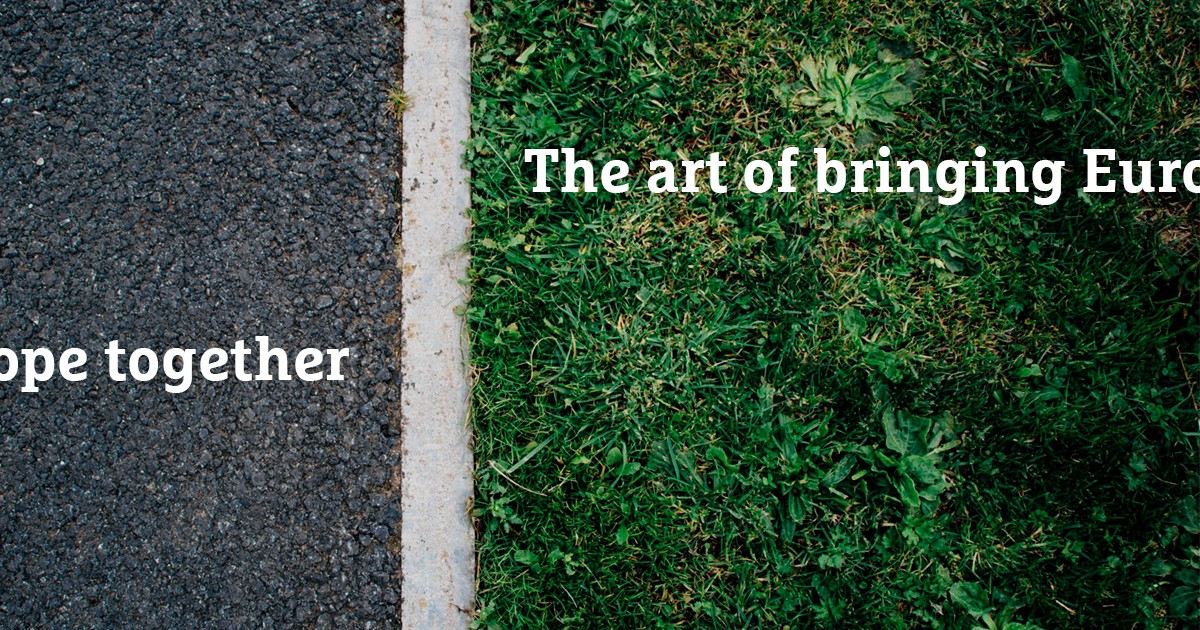 Allianz Kulturstiftung, a not-for-profit cultural foundation for Europe, has an open call for translocal projects, with collaborations between partners in different countries and/or regions of Europe. Arts and culture as a means to create open spaces to enable critical discourse about Europe's future.

With our call for proposals, we wish to reach parties using artistic and cultural means to create open spaces enabling critical discourse about Europe’s future, and also support exchange and networking across borders.

As a European cultural foundation, we are seeking projects of a translocal nature, meaning that partners from different countries or different regions collaborate. We seek projects which use the vantage points of the arts to think beyond their own horizon, to engage in new and unusual alliances, and enable as many different parties as possible to cooperate and engage. We are interested in projects at the interface of the arts and digitalization which develop participatory and inclusive offerings.

In doing so, we focus on two issues: who is involved in a project? And whom does it address? We are open to all genres, and especially to genre-bending experiments. The larger the role the aspects enumerated in the call for projects play in a proposal, the more likely it is to be selected.

New Challenges and Opportunities for Action in Civil Society

The coronavirus crisis is a test, but also an opportunity for social cohesion in Europe. It has redrawn borders which we believed overcome, deepened inequalities and made us realize our social vulnerability. At the same time, we are experiencing the emergence of direct forms of solidarity, new ideas for social coexistence and original formats in the arts. All over the world, people have reacted to the crisis courageously and inventively. When public life ground to a standstill, cultural creators were forced to redefine the role of the arts: in participatory, digital ways, from their homes, in the streets.

The coronavirus crisis has not made old problems disappear; instead, it has exacerbated existing inequalities like a magnifying glass. As a reaction to it, courageous allies have shaped new spaces for action. They are making use of the border-transcending potential of digitalization, among other resources, demonstrating their connection with distant people and developing new structures – beyond national boundaries –, promoting climate justice and solidarity and rejecting racism. People and initiatives like these are what keeps the open, pluralistic societies of Europe alive.

We are convinced that open societies depend on committed people who have the courage to confront controversy and think for themselves, and whose heads are full of ideas for a more just coexistence. We want to create open spaces for our project partners to discuss burning issues forward and experiment with new technologies. We want to develop sustainable structures, create a lasting network of stakeholders in civil society, and give them the wherewithal to react to crisis situations with resilience. Digital technologies play an important role here, but do not ensure solidarity in and of themselves. We believe that Europe’s societies must be irritated and challenged, especially during these exceptional times, in order to remain open and develop further.

The Allianz Kulturstiftung is a not-for-profit cultural foundation for Europe. The aim of the Foundation is to strengthen cohesion in Europe using the tools of art and culture. As a promoter of social change, the Foundation is geared towards achieving impact and it operates independently. The head office is located in Berlin and the organisation plays an operational role as well as providing funding.

The Foundation is committed to translocal art and culture projects in Europe and the Mediterranean region. Over the coming years, it will focus its strategic work on the following thematic areas. It will promote an open society while adopting a decentralised approach to Europe and driving forward digitalisation for the common good.