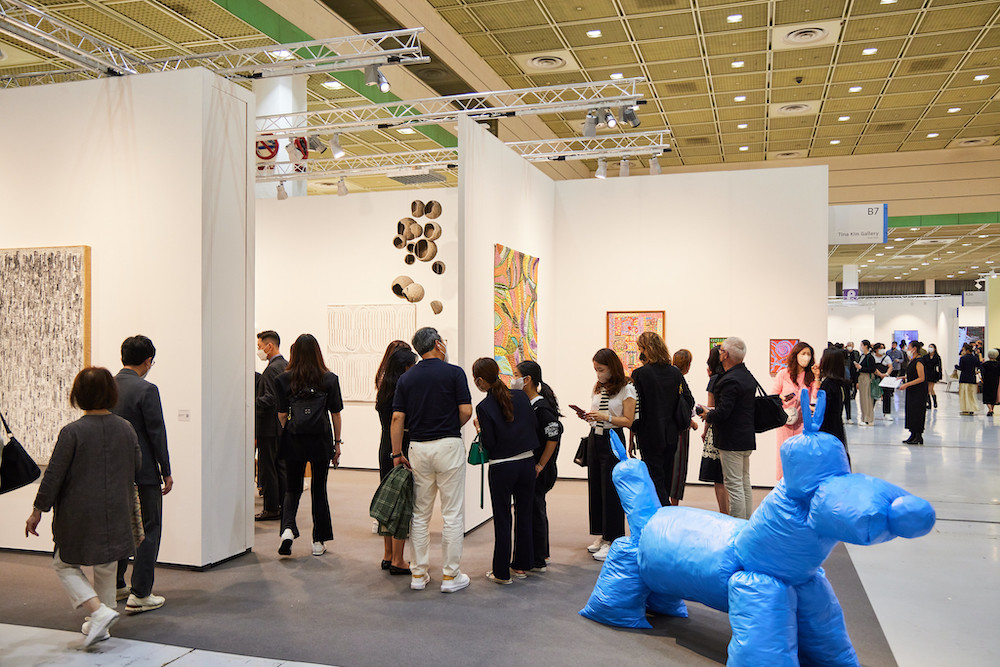 From 2 to 5 September Seoul held its first Frieze art fair. Frieze Seoul is a new international art fair by the team behind the fairs that began with Frieze London in 2003.

Frieze Seoul featured over 110 influential art galleries from across Asia and beyond, with a primary focus on contemporary art. Focus Asia was the section of the fair dedicated to galleries aged 12 years or younger and it featured 10 emerging galleries from the continent.

Reviews of the fair are talking about the enthusiasm of the public and especially the potential of the Korean capital to be the next major art market in the region. In his article for Surface Magazine, Ryan Waddoups asks, will Seoul become Asia’s next major art hub?

Lee has every reason to be optimistic. The South Korean art market is expected to surpass a trillion won (USD 760 million) this year, according to research from the Korea Arts Management Service, which recorded 916 billion won (USD 682 million) in 2020 and 381 billion won (USD 284 million) the year before. Credit attractive economic conditions for collectors—South Korea doesn’t impose import duty on artworks, and its president, Yoon Suk-yeol, has pledged USD 3.66 billion to cultivate the arts. While promising, those numbers pale in comparison to China, which recorded USD 13.4 billion worth of art sales in 2021.