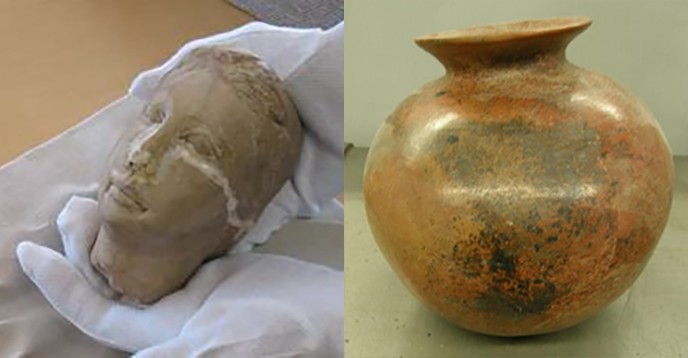 From 20 to 23 May 2019, UNESCO hosted two major meetings related to the fight against trafficking of cultural property and the restitution of stolen artefacts: the Fifth Meeting of States Parties, and the Seventh Session of the Subsidiary Committee, of the UNESCO Convention on the Means of Prohibiting and Preventing the Illicit Import, Export and Transfer of Ownership of Cultural Property (1970). Government authorities, representatives from international organizations as well as art markets and auction houses, joined police and customs officers, lawyers, museum directors and UNESCO experts to review challenges, identify actions and share good practices. Illicit trafficking of cultural objects is a problem affecting all countries, with stolen artefacts crossing borders and being offered to collectors, museums or auction houses. Efforts to combat the trafficking include awareness-raising and international cooperation, and use of permits, inventories, strong laws, and stolen art databases, among others. Countries such as Canada, China, Estonia, Greece, Guatemala, Italy, Lithuania, Mexico, Morocco, Nigeria, Pakistan, Republic of Korea, South Africa and Tunisia detailed their effective practices in combatting illicit trafficking of cultural property. Canada, for example, highlighted laws, import and export controls, inventories and work with trained police and customs officials, among measures that prevent trafficking and that facilitated the return of approximately 23,000 objects to 14 different countries, including to Jordan in 2018 and Iraq in 2019. Nine new members were elected to the Subsidiary Committee of the Meeting of States Parties to the 1970 Convention: Algeria, Benin, China, Equator, Iran, Lebanon, Netherlands, Russian Federation and Slovakia. Held on 22-23 May 2019, the Subsidiary Committee focused on due diligence, cooperation with the art market, sensitization of judiciary and awareness raising among the public and especially among youth. For instance, Mexico highlighted their introduction of training modules on illicit trafficking in university curricula, while Libya discussed the links they developed between schools and museums in their educational programmes. The importance of international cooperation and sensitization among judiciary and law enforcement officials were especially stressed by representatives of international organizations such as INTERPOL, UNIDROIT, the International Council of Museums, and the World Customs Organization. Mr Corrado Catesi, from INTERPOL, highlighted that “Awareness among police and customs professionals constitute a priority to fight the illicit trafficking of cultural property.”  Members of the Committee agreed that specific training is of high importance, and that creating specialized professional units dedicated to the protection and the recovery of cultural property is recommended. Regarding the return and restitution of stolen objects in the framework of the 1970 Convention, the Committee decided to feature it on the agenda of the next meeting of States Parties to the 1970 Convention. “These are matters of concern to the international community including the highest organs of international cooperation,” said George Okello Abungu, Director General, National Museums, Kenya. For additional information about UNESCO's work in the field of the illicit trafficking of cultural property, please visit http://www.unesco.org/new/en/culture/themes/illicit-trafficking-of-cultural-property