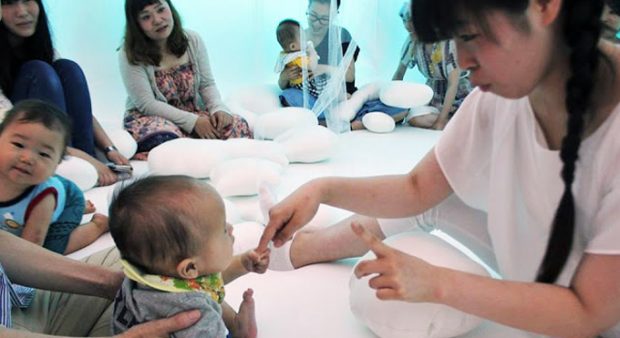 BABY SPACE / the Japanese version of the choreographed dance installation for babies aged 3-18 months by Stockholm-based choreographer Dalija Acin Thelander has premiered in Tokyo this summer. A Chinese version is being created in collaboration with Chinese artists, to be presented in Shanghai in October 2016.

BABY SPACE by choreographer Dalija Acin Thelander, was performed for babies and children in Japan in July. The Japanese version of BABY SPACE - a choreographed installation for babies 3-18 months, created in collaboration with Japanese artists and performed by Japanese dancers, was produced by Japan Union of Theatrical Companies for children and young people (JIENKYO).

After the premiere the project was presented in Ricca Ricca Festival in Naha, Okinawa and toured in Osaka, Fukushima, Kagoshima and Niigata. BABY SPACE project has been produced so far in Denmark, Poland and Serbia. The new version will be created for China, by Art Space for Kids, Shanghai, in October 2016, in collaboration with Chinese artists.

THE DREAM OF A YELLOW SOCK, a dance performance for children age 2-5 will also be toured in Tokyo, Kitakyushu, Shizuoka, Kakegawa and Gotenba, in the period July 16th - August 13th.

Dalija Acin Thelander is a choreographer and a cultural worker based in Stockholm.
The focus of her current artistic research and creation are performances for babies.

Her work for the youngest audience concerns the exploration of the choreographic practices which focuses on heightened immediacy and immersion of the audience, aiming for a multi-modal and affective experience. She is interested in the exploration of the synergy of choreography and installation art and their capacities for activation of the audience. Her performances enable the youngest audience to experience performing arts from multi-perspective, addressing their kinaesthetic sense as well as ‘near’ and ‘distant’ senses. She perceives the spectators as a co-creators of event and therefore their experience and responses as a part of the aesthetic of the performance.

Baby Space | from Sweden to Singapore

TERASIA: Theatre for Traveling in the Age of Isolation - online week 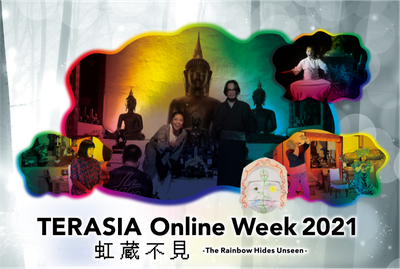