Publication: "The Best in Heritage 2013" proceedings 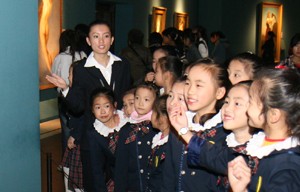 The Best in Heritage is an international, annual survey of award-winning museum, heritage and conservation projects. Over 20 projects from around the world, proclaimed the best in the previous year at national or international level, are invited each year to present their experiences, in the context of a conference which takes place in Dubrovnik, Croatia. Prior to the 2014 edition of the event, which will be held on 25-27 September, proceedings of the 2013 conference have recently been published online. The resulting document features 24 presentations from museums and heritage sites in Europe, Asia, Australia, North Africa and North America. In addition to written presentations collected within the conference proceedings, audiovisual material for each of them is also available on The Best of Heritage's website. Asian museums and heritage sites featured in the collection include the Hamamatsu Museum of Musical Instruments (Hamamatsu, Japan), the Hunan Provincial Museum (Changsha, China) and the "Mbaru Niang" conical houses of Flores Island, Indonesia. One Australian museum, the Immigration Museum (Melbourne), is also included. Among the several European are two from ASEMUS members, the Tropenmuseum (Amsterdam, the Netherlands - here represented by Tropenmuseum Junior) and the National Museum of Scotland (Edinburgh) . The Best in Heritage conference is organised by the European Heritage Association (Zagreb) in partnership with Europa Nostra, with additional support provided by the International Council of Museums (ICOM) among others. Proceedings of the 2013 conference are available at http://www.thebestinheritage.com/conference/library/ Pictured: Hunan Provincial Museum, Changsha, China