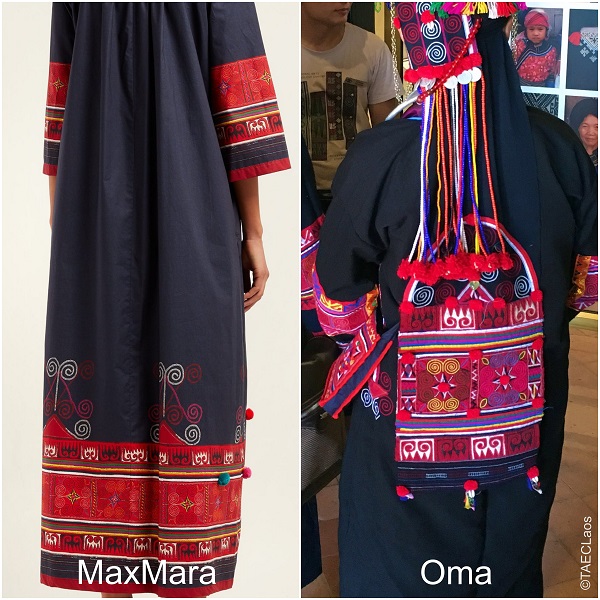 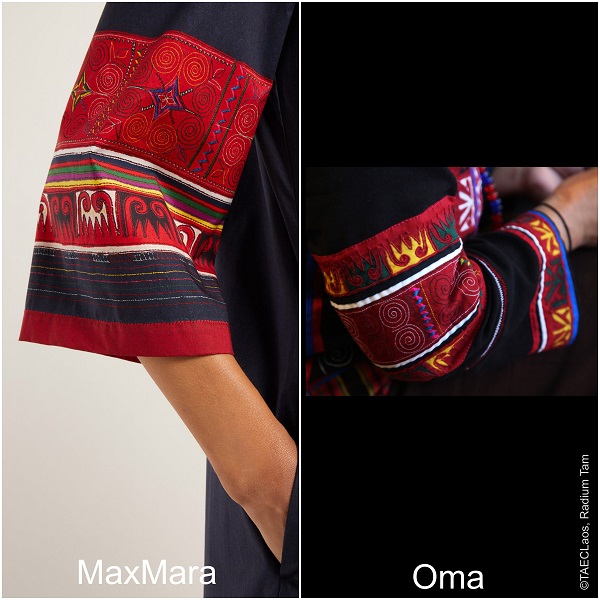 On 2 April 2019, the Traditional Arts and Ethnology Centre (TAEC) in Luang Prabang, Lao PDR, an ASEMUS member, discovered that items in the Weekend Max Mara clothing line featured designs of the Oma ethnic group from northern Laos, but were being sold without acknowledgement of their origin. TAEC has worked with the Oma since 2010, both in handicraft development and documenting Oma traditional music. Following the discovery, TAEC launched a media campaign to draw attention to the issue and pressure Max Mara to pull the line. Multiple emails and messages sent by TAEC since early April were not responded, and Max Mara's legal team only reacted once the information was made public on social media, asking for the posts to be removed and threatening potential legal action. TAEC's argument is that the Max Mara Fashion Group, a billion-dollar Italian couture fashion house, plagiarised traditional designs of the Oma ethnic minority group in their Spring/Summer 2019 Weekend collection. Some retailers, including MatchesFashion.com, has announced the line has been removed and that they are in discussions with Max Mara about the issue. The Oma, a small ethnic community living in the hills of Phongsaly Province in northern Laos, embroider, stitch, and appliqué these colorful designs onto their traditional clothing, including head scarves, jackets, and leg wraps. Max Mara digitally duplicated and printed the designs onto dresses, skirts, and blouses, reducing painstaking, traditional motifs to factory-produced patterns. The colours, composition, shapes, and even placement, are identical to the original Oma designs, and Max Mara’s design and marketing team has not acknowledged the Oma in marketing, labeling, or display of the collection or paid compensation. Following the case, TAEC has become a member of the Cultural Intellectual Property Rights Initiative, a movement that supports the recognition of intellectual property rights for craftspeople who are the custodians and transmitters of traditional garments, designs and manufacturing techniques. For additional information about the Oma v Max Mara campaign, please visit TAEC's website at https://www.taeclaos.org/oma-maxmara-cultural-ip-rights-initiative/