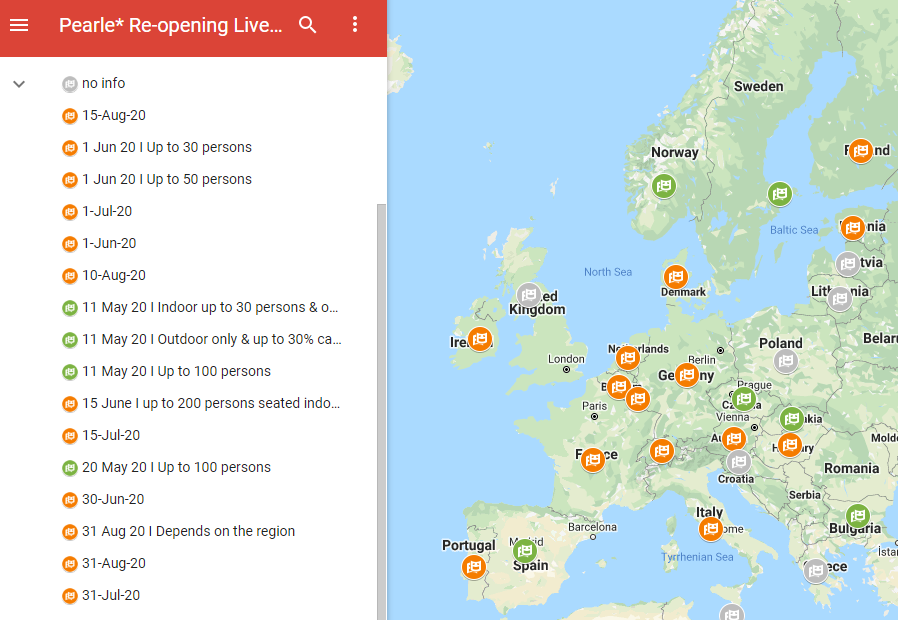 Based on information provided by its members, Pearle* - the European federation of music, performing arts and live performance organisations - has put together a map to visualize the re-opening of Live Performance in Europe.

As the map shows the situation differs from country to country, with some countries allowing already performances for a small number of audience, whilst some countries haven’t announced any date yet regarding re-opening of venues.

Insofar as possible the map also provides information regarding a countries’ rule on people allowed in a venue or for outdoor performances. One can observe from this information that there is no common approach between countries on this matter.

Whilst Pearle* members acknowledge the specific health prevention conditions and adhere to those, the live performance sector aims to open on the basis of full capacity. Without this possibility the costs are disproportionate with the limited box office income. In this case they call upon governments to compensate such losses.

The map can be accessed here.

The map will be continuously updated according to information received.

Pearle*- Live Performance Europe, is the European federation of music, performing arts and live performance organisations. It represents through its members more than 10,000 organisations in the sector. The map has been developed with the help of the national branch associations, member of Pearle* 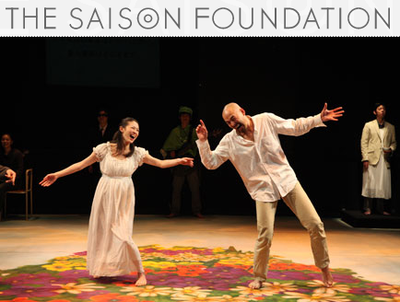