[Paris] Angkor: Birth of a myth 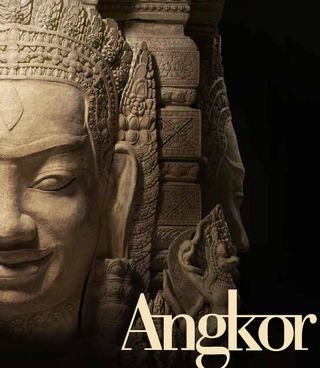 Angkor: Birth of a myth - Louis Delaporte and Cambodia

The Guimet Museum of Asian Art, Paris, France will hold the exhibition, Angkor: Birth of a myth - Louis Delaporte and Cambodia, until January 13th 2014.

The Guimet Museum traces the origins of the myth of Angkor, built in the late nineteenth and early twentieth centuries. This exhibition shows how the Khmer heritage was rediscovered and how the monuments of Angkor were presented to the public at the time of spectacular universal and colonial exhibitions.

From a rich corpus, some 250 pieces are presented in the exhibition: Khmer stone carvings from the the tenth to thirteenth centuries, plaster casts, photographs, paintings and graphic documents of the nineteenth and early twentieth century (watercolor and ink on paper, printed, etc..), reporting on the first contacts between France and the art of ancient Cambodia, around the iconic personality of Louis Delaporte (1842-1925), the great French explorer whose purpose was "to bring the Khmer art museums."

Several major loans from national and international museums complement the presentation of works from the museum. From France it is worth mentioning the Rodin Museum, the Georges Pompidou Centre, the Museum of the Thirties in Boulogne-Billancourt. From Cambodia, the major original sculptures of the Khmer cultural heritage were generously lent by the main institutions of the Kingdom: the National Museum of Phnom Penh and Angkor National Museum.

View all Asia-Europe Museum Members from Cambodia and France