In February on the eve of the 52nd session of the Intergovernmental Panel on Climate Change (IPCC), at UNESCO Headquarters, experts from across the globe came together to highlight the crucial role of culture in climate change mitigation and adaptation.

Yet the experts also stressed that there is another side to this story – namely the role of culture as a resource for climate change mitigation and adaptation. They noted that intangible cultural heritage practices, including traditional land and water management practices, traditional food security strategies, and the use of traditional architecture and building materials, can help communities mitigate and adapt to a changing climate. Cultural and natural heritage sites can serve as a refuge, both physical and psychological, for communities during and after climate-related emergencies. These sites can also act as assets for recovery and reconciliation in the wake of intercommunal conflicts linked to climate change. Others noted that creativity is essential for finding new solutions to environmental challenges, and that artists and cultural institutions have an enormous role to play in inspiring climate action.

“Culture is an important resource for both climate change mitigation and adaptation” said Ernesto Ottone R., UNESCO Assistant Director-General for Culture. “The urgency of the climate crisis means we cannot afford to wait to integrate culture into global climate action.”

Despite the fundamental relationship between culture and climate change mitigation and adaptation, these experts were unanimous in their assertion that culture is largely absent from discussions on climate change today. Culture is not systematically integrated into the United Nations Framework Convention on Climate Change, the Paris Agreement, or the Assessment Reports of the IPCC. Equally important is the inclusion of all aspects of sustainable development, including the environmental dimension, into cultural policies. Going forward, UNESCO will continue to convene more experts and specialists on this subject, highlighting the added-value of culture for addressing climate change, as well as the need to ensure the inclusion of culture in decision-making processes related to climate change. 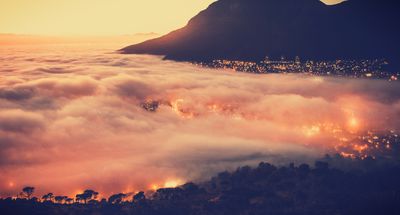