News & events > Exhibition: Kazakhstan - The Cradleland of the "Golden Man"

Exhibition: Kazakhstan - The Cradleland of the "Golden Man" 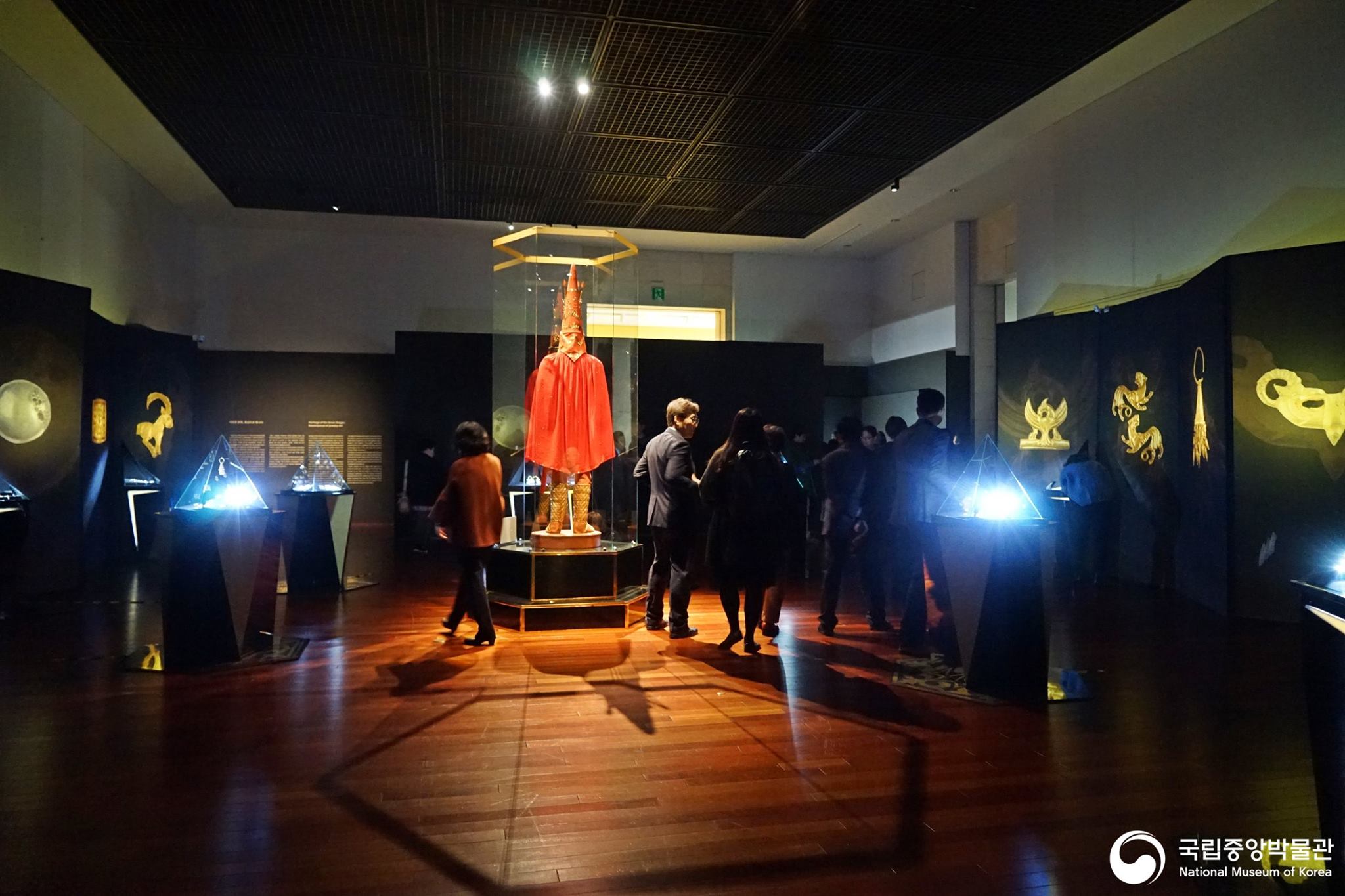 Contents of the exhibition

The special exhibition consists of three sections. The first section is ‘Heritage of the Great Steppe: Masterpieces of Jewelry Art’, a travelling exhibition organized by the Ministry of Culture and Sports of Kazakhstan. The precious items on display include the Golden Man, which was discovered in the Issyk kurgan and now is a symbol of Kazakhstan, as well as golden artifacts found from the historic sites of Taldy, Taksai, and Sayram. The second section, 'The Steppe, an Open Space', introduces the history, traces and Islamic culture of the vast plain. This section exhibits items that help visitors understand the grassland culture of the Kazakhs. One of them is bogeom, a golden sword found in Gyerim-ro in Gyeongju, Korea, which was known to have been transmitted to the ancient Silla kingdom. Others include Scytho-Siberian style animal-shaped harnesses excavated in kurgans. The last section, titled ‘Mutual Growth and Coexistence: The Story of the People’, features structures and interior decorations of yurt, a traditional dwelling widely used to endure the harsh environment, as well as syrmak, a traditional carpet, and dombra, the most popular instrument in Kazakhstan. On the sidelines of the exhibition, a documentary on the intangible cultural heritage of Kazakhstan is presented. Produced with support from ICHCAP - the International Information and Networking Centre for Intangible Cultural Heritage in the Asia-Pacific Region under the auspices of UNESCO, introduces various intangible cultural heritage of Kazakhstan, including asyk, a traditional Kazakh play that uses animal ankle bones; Korkyt Ata, a legendary poet; orteke, a traditional puppet play; and, traditional festive rites of Kazakh horse breeders.

For additional details about Kazakhstan, the Cradleland of the 'Golden Man', please visit https://www.museum.go.kr/site/eng/exhiSpecialTheme/view/specialGallery?exhiSpThemId=411826&listType=gallery