Dhaka Art Summit 2020 will take place 7-15 February. Save the date! The theme is SEISMIC MOVEMENTS.

50 million years ago the Eurasian and the Indian plates collided and created the Himalayas which rise north of the delta of Bangladesh and span across South Asia from Afghanistan to Myanmar as a geographic marker. Inspired by a geological reading of the word “summit” as the top of a mountain, the fifth Dhaka Art Summit (DAS) looks at movements generated by energy released from pressure– geologically, socially and politically.

While Bangladesh has no mountains within its borders, DAS has risen from this delta as a movement over the past eight years as its collaborators and community grow. More than just an exhibition, DAS is a platform to catalyse a rich context for research and artistic production in the future by empowering artists and the public through its exhibition, education, and public programmes. This will be a summit of humanist potential rising above the boundaries geopolitics hold us to. Just as seismic movements don’t adhere to a singular timeframe or scale and can build up slowly or erupt in an instant, the exhibition plays with time in non-linear ways and builds on layers of ideas and collaborations born in its previous four editions.

“Inspired by the 1414 gift of a giraffe by the Sultan of Bengal to Emperor Yongle of China, I hope this summit will widen its view to look at historical layers of connectivity across Asia, Africa and the Indian Ocean, becoming a platform where former colonial subjects can come together without a western intermediary to imagine new futures from Dhaka inspired by similar utopian movements of the past. The word “summit” calls to mind the physical signs of plate tectonics, and ideas of Pangea and existences far beyond the span of a human lifetime or even the cumulative history of mankind. How can we as artists, curators, writers, art’s many supporters and publics come together to make a constellation of seismic shifts toward a better world outside of the myopic individual interest that is threatening our existence on this planet?”

Free to the public and ticketless, DAS brings together over 300,000 people to discuss ideas for alternative futures and more informed histories outside of national frameworks through the arts. The Summit is a cumulative exercise of sharing knowledge and community, with each edition building on scholarship and themes of previous iterations, dynamically responding to its time.

Further programme details and a full list of participating artists will be released in September 2019. 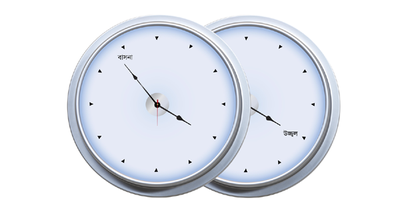