French distributor Cinéma Public Films prepares a huge release -more than 50 prints- of the Czech puppet animation film Fimfárum Third Time Lucky under the title Le Jardinier qui voulait etre roi. The full-length animation is based on the well-known book Fimfarum by a key figure of local 20th century culture Jan Werich and will be screened in 2D and 3D French version. Lardux Films produced its dubbing with a participation of André Wilms, an actor nominated for the European Awards last year for the film Le Havre by Aki Kaurismäki. Fimfarum's distribution is one of the largest releases of a Czech film in France since 1989.

The distribution of the Czech Fimfarum will be launched alongside the opening of a puppets exhibition to be held at the Czech Centre in Paris, 18, rue Bonaparte on 16 January at 7 p.m. From 4 February the show will be touring around the cinemas around France to accompany the film release.

"I was uncharmed by its animation work. In France we know Czech classics of animation films very well. But suddenly we see a modern film done by new generation artists that brings an intelligent fairy tale for children and adult audience," explains a director of Cinéma Public Films Valentin Rebondy about the work.

Fimfarum Third Time Lucky / Le Jardinier qui voulait etre roi found support from the association of French art house cinemas L'AFCAE (l'Association française des cinémas d'art et d'essai) even before its premiere. It will be promoted to the programmers of more than thousand cinemas around France.

Cinéma Public Films is one of the three independent distribution companies of films for children like Gebeka Films and Les Films du Préau. They release films together while holding exhibitions, making animation ateliers for children and meeting their audience in the frame of special programs. 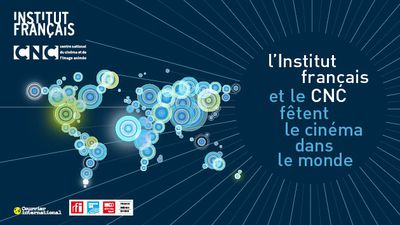