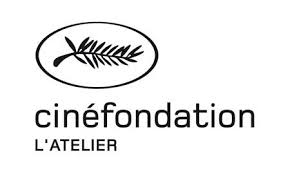 A total of 15 feature-film projects from 15 countries have been selected for the 10th edition of the Cinéfondation Atelier, which is set to take place as part of the 67th Cannes Film Festival (14-25 May 2014). Among the projects chosen are Ruta salvatge by Spanish director Marc Recha (who was also selected in competition at Cannes in 2001 with Pau and His Brother, and at Locarno in 1998 and 2006), Ce sentiment de l'été by France’s Mikhaël Hers (produced by Nord-Ouest Films, already being backed by Arte France Cinéma and by the CNC’s advance on receipts, and starring Norwegian actor Anders Danielsen Lie), Dogs by Romanian director Bogdan Mirica and the Dutch-Syrian project To All Naked Men by Bassam Chekhes.

Each year, L'Atelier selects about fifteen feature length projects from around the world, and invites their directors to the Festival de Cannes in order to put them in contact with film professionals. The filmmakers are selected according to the quality of their project and that of their previous films, as well as on the state of progress of their finance plan. The programme will enable them to gain access to international financing and speed up the production process.

In order to help the selected filmmakers, L'Atelier undertakes to:

The Atelier has been of benefit for the past nine years to 141 projects, of which 85 have already been released and 44 are currently in pre-production. It will enable the films selected for 2014 to be present on the Croisette with their producers from 16-22 May and to meet professionals interested in their projects during individual sessions. The Project Book and sign-up sheets will be available at the beginning of April on the Cinéfondation website.