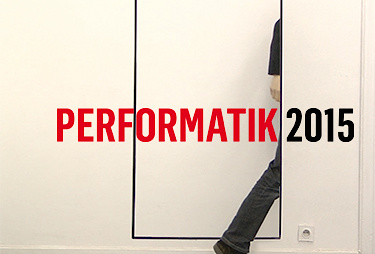 The fourth edition of Performatik, the Brussels biennial of performance art, runs 18-29 March 2015.  It explores the interface between performance arts and visual art, including discussion salons with curators, artists and critics and a course on Performance Art in Museums. If you would like to learn more about performance art before you venture into the Performatik festival, you can take Performatik's four part course (starting 13 March) entitled What is Performance Art? On the usefulness or pointlessness of the collective term ‘performance’. On performance past and present, in art and the performing arts. In each part we examine performance from a different angle, after which you will watch a performance (in a theatre or museum) that touches on the theme. On each occasion Katleen Van Langendonck, Kaaitheater’s programmer and the curator of Performatik, and a different specialist will guide you through the performance art landscape in words and images. Performatik 2015 contains two impressive conversions. Choreographer Anne Teresa De Keersmaeker rethinks dance in an exhibition in WIELS. And visual artist Joëlle Tuerlinckx makes a reverse move.  Using her immense archive as a starting point, she creates a theatre performance, which will be shown in its entirety at the Kaaitheater. Performatik has resolutely opted for the scintillating interface between performance arts and visual art. The binding element each time is the live event, the meeting between you and the performer, in the here and now. For that purpose we work together with a number of partners in the city – Argos, Beursschouwburg, Bozar, CENTRALE, Don Verboven Exquisite Objects, Passa Porta, Q-O2, Zsenne art lab, WIELS and workspacebrussels – who all contribute their own expertise. The public space is also used: the streets by Esther Ferrer, the ‘grande dame’ of Spanish performance, and the town squares by the Bouillon Group, a young Georgian company. Following the Venice Biennial, they treat Brussels to a performance that depicts our relationship with the three monotheistic religions. Performatik seeks out the boundaries, unravels codes and stimulates meetings between different art worlds. Feel free to join any one of the many salons where we discuss our experiences together with curators, artists and critics. 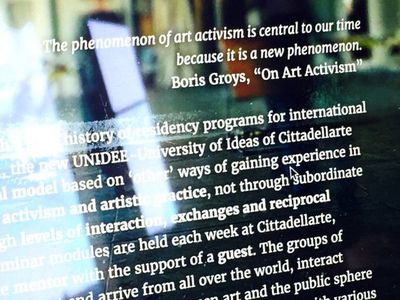 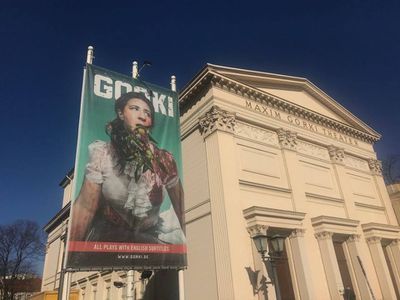