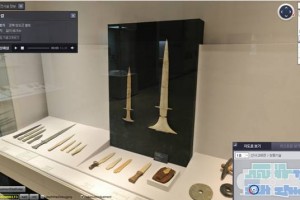 for being selected by the Asia Europe Foundation (ASEF) to be featured in their case studies on Museums and Public, Private partnerships in Heritage Cities for the ASEM Culture Ministers' Meeting (CMM) which will take place in September 2012. The National Museum of Korea has put up a case study of their collaboration with NHN Corporation that operates the world's 5th largest search portal, Naver. Together with the National Museum of Korea as a key partner, NHN has provided 'on-line museums and heritage sites' to web users, digitised 150,000 masterpieces in Korean collections and has also sponsored cultural projects. The Traditional Art and Ethnology Centre (TAEC) shared on their experience with working with the Luang Prabang Department of Information and Culture on producing a community cultural festival. This festival promoted the cultural diversity and heritage of the province through various programming like children's acitivites, performances and sale of handicraft. TAEC and the Laotian Department collaborated on the project, leveraging on each other's strengths.    The above two case studies will be presented at the Expert's meeting organised by ASEF on the topic of Sustainable Management of Heritage cities in Yogyakarta, Indonesia in July 2012. They will also be featured in a publication which will be distributed during the ASEM CMM meeting later in September.