The Australian Performing Arts Market (APAM) is Australia’s leading, internationally focused industry event for contemporary performing arts. Organised every two years, APAM runs 22 - 26 February 2016 in Brisbane. Registration is open and more than 600 national and international delegates are expected to attend. APAM 2016 will be an exciting showcase of 43 Australian and New Zealand performing artists and companies with full performances, excerpt and pitch sessions held during the five days. The event will welcome over 600 delegates and provide the opportunity to exchange ideas, develop collaborations and network with national and international presenters, agents and influencers. To see a snapshot of what performances will be at APAM 2016 view the Official Program Trailer. https://www.youtube.com/watch?v=1FHfmQ8Y3oY REGISTRATION is open with early bird delegate rates until 04 December 2015 Brisbane Powerhouse Artistic Director Kris Stewart said Brisbane Powerhouse is proud to be the home for APAM 2016, which is the only industry event in Australia to provide international and national presenters, agents and influencers with access to live works by Australian and New Zealand artists across genres and cultural backgrounds, including Aboriginal and Torres Strait Islander arts. Australia Council for the Arts CEO Tony Grybowski said there were a number of good news stories from APAM 2014 and he was confident many of those presenting in 2016 would achieve similar success. “It was exciting to see one of our leading Aboriginal and Torres Strait Islander arts organisations Black Arm Band’s full-length work Dirtsong secure a six city tour to China in August 2014 as well as a six performance tour in Singapore and Taipei in August this year and a Canadian tour as a result of APAM 2014,” Mr Grybowski said. Established in 1994 by the Australia Council for the Arts, APAM showcases and promotes a thriving, diverse national performing arts sector and stimulates ongoing dialogue and exchange between Australian producers and International presenters. APAM 2016 will be presented by the Australia Council in partnership with Brisbane Powerhouse and coincide with WTF, Brisbane Powerhouse’s contemporary performance event. 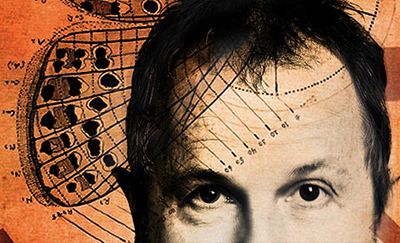