4th International Conference on Bronisław Piłsudski and his Heritage 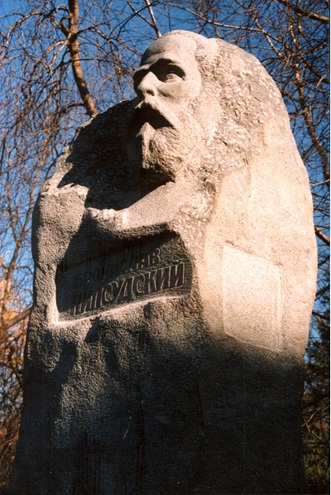 The Manggha Museum of Japanese Art and Technology in Kraków, an ASEMUS member, and the Municipal Museum in Żory are preparing exhibitions and an international conference devoted to Bronisław (Ginet) Piłsudski (1868-1918, the elder brother of Marshal Józef Piłsudski, the restorer of Polish independence in 1918), political exile and prominent ethnographer, and to his research on the endangered, moribund, or already extinct languages and cultures of the small Far-Eastern aboriginal peoples of Sakhalin, Lower Amur Region, and Northern Japan (Ainu, Nivhgu~Nivkh, Uilta~Oroks, Ulcha~Manguns, and Nanaian~Golds). Piłsudski's profile, and especially unique results of his studies, are still very little known in Poland and remain largely within the domain of interest of Japanese and Russian academics and museums holding related collections as well as individual scholars from academic centers in Germany, France, Italy, Great Britain, Finland, Netherlands, Switzerland. The grand opening of the special exhibition and conference is scheduled for 17 October at the Manggha Museum of Japanese Art and Technology, where the 4th International Conference on Bronisław Piłsudski and his Heritage will continue on 18-19 October. It will close at the Municipal Museum in Żory on 20 October.

Piłsudski was sentenced to death for his (probably involuntary) involvement in an attempt at assassinating Russia’s Tsar Alexander the Third, the sentence subsequently commuted to 15 years (later reduced by half) of hard labour (katorga) on the island of Sakhalin and to exile there. With the time passing, he acquired the status of a researcher formally seconded by the Russian Imperial Academy of Sciences to study the indigenous peoples of Sakhalin and Lower Amur Land mentioned and for some time worked in various capacities in today’s Vladimir K. Arsenyev State Museum of Primorsky Region. His main research areas included languages, folklore, physical and medical anthropology, as well as shamanism and animal (especially bear) cult but he also concerned himself with meteorology, statistics, and journalism. Altogether, he spent 19 years in the Russian Far East and Japan, accumulating enormous amounts of priceless data from the enumerated domains. Without a doubt, Piłsudski’s research and assistance to improve life conditions in rapidly worsening political, economic, and ecological circumstances contributed to the very survival of the natives in question and made recording, and to a certain degree also revitalization, of the traditional traits of life possible. His life story and achievements provide an apt context for the centennial celebration of Poland’s independence regained in 1918 and the centenary of official Japanese-Polish relations in 2019. 2018 also marks the hundredth anniversary of Piłsudski’s passing away.

The 4th International Conference in 2018

The coincidence of these dates and jubilee anniversaries provides an excellent opportunity to look at the figure of Bronisław Piłsudski as an outstanding pioneering ethnographer, ethnolinguist, and scholar, but also as a unique individual engaged in social and national causes, while the proposed exhibitions and conference have  the potential to significantly contribute to the popularization of him in Poland as part of the Program Niepodległa (Independent Homeland Programme), an important element of Polish historical diplomacy in Japan and part of the joint program of celebrations of the above-mentioned anniversary in Polish-Japanese relations. Piłsudski’s scholarly legacy was the topic of the Third International Conference on Bronisław Piłsudski and His Scholarly Heritage (3IBPC) convened in 1999 in Kraków (Manggha Museum) and Zakopane (Tatra Museum) preceded by 1IBPC in 1985 in Sapporo and Nibutani and 2IBPC in Yuzhno-Sakhalinsk and Nogliki in 1991. This time organisers of the 4th International Conference on Bronisław Piłsudski and his Heritage plan to address new developments in research on this legacy but also the influence of his activity on the current situation of the Ainu in Japan (e.g. a new museum of Ainu culture under construction in Hokkaido, and the remaining peoples in Russia).

Organisers are inviting interested academics and professionals to submit declarations of participation and expressions of interest. Submissions should be sent by 31 August, but early signals of intention to participate will be appreciated for the purposes of conference planning. Please note that English will be the official language of the 4th International Conference on Bronisław Piłsudski, with Russian and Japanese as auxiliary languages.