The 18th Japan Media Arts Festival is on in Tokyo 4-15 February.  The festival includes the Exhibition of Award-winning Works, a reflection of the "here and now" of Media Arts, and a concurrent program of 150 events. The Japan Media Arts Festival is a comprehensive festival of Media Arts (Media Geijutsu) that honors outstanding works from a diverse range of media - from animation and comics to media art and games. The festival gives awards in each of its four divisions: Art, Entertainment, Animation, and Manga. It also provides a platform for appreciation of the award-winning and other notable works. The exhibition presents the Award-winning Works from the four divisions of Art, Entertainment, Animation and Manga, chosen by the jury from among a record number of 3,853 entries from 71 countries and regions. The winners of Special Achievement Awards will also be shown. The Award-winning Works, selected after a rigorous judging process, reflect the most recent trends in their respective fields. Among the prize winners, check out:

The exhibition will provide a separate space where the animated short film can be viewed without distraction. Additionally, original sketches and drawings which document the creation process of the work will be presented. Auto-Complain is an application which enables cyclists to detect potholes in the street and represents the detected locations on a map. To commemorate his winning the award, the artist will create a special Tokyo version of his work. At the exhibition, visitors will be able to trace the artist's cycling tours, during which he uses the application. The 18th Japan Media Arts Festival, organized by the Japan Media Arts Festival Executive Committee, will be held from Wednesday, February 4 to Sunday, February 15, 2015 at The National Art Center, Tokyo (Roppongi), and other venues. Admission is free for the entire programme. 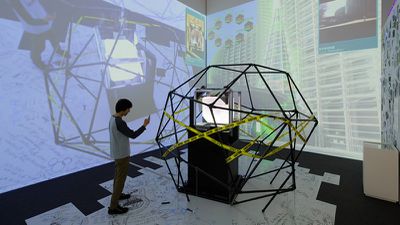 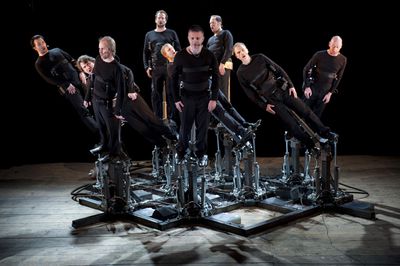