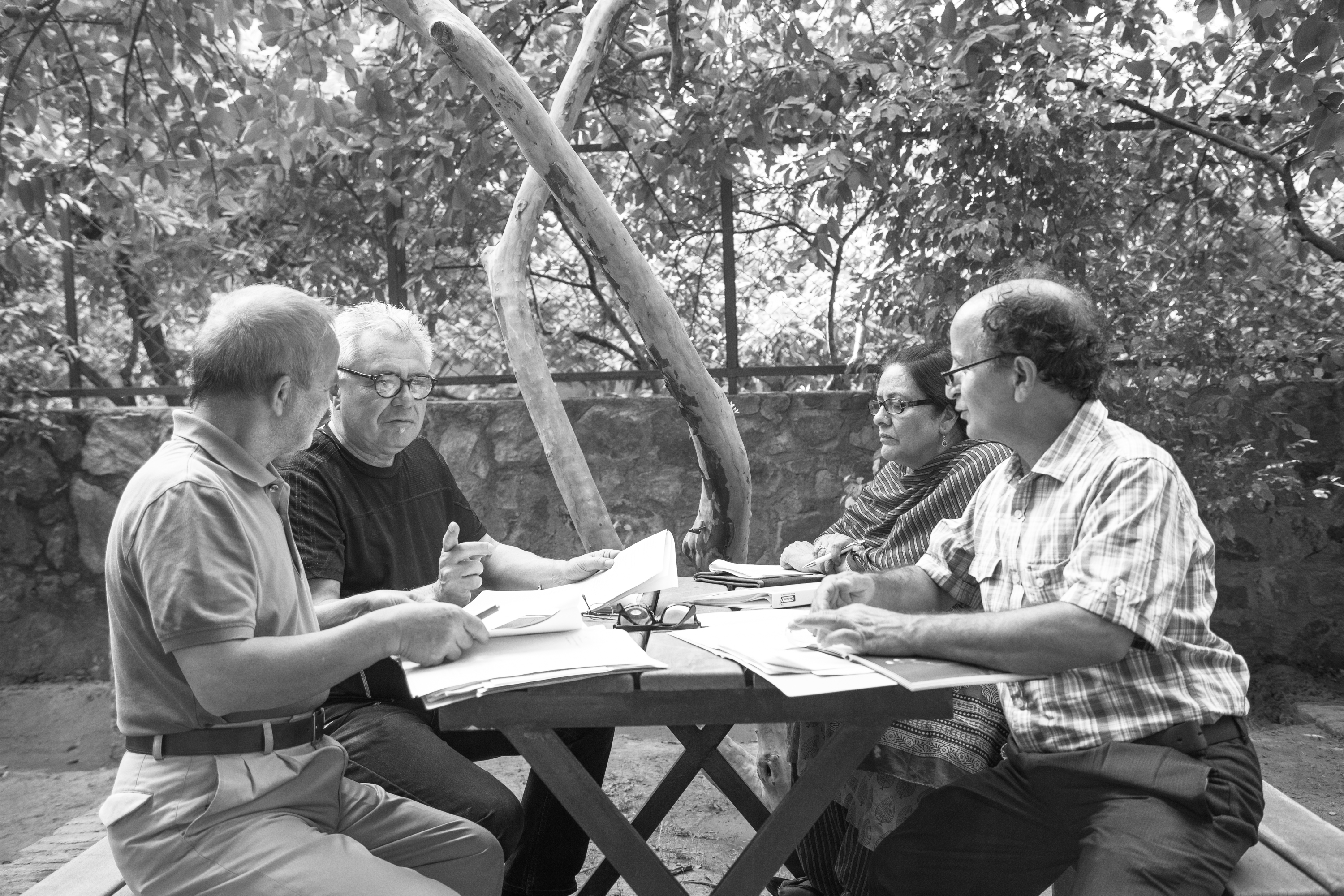 Poets Translating Poets is a project of the Goethe-Institut/Max Muller Bhavan Mumbai that brings together poets from Germany, India, Pakistan, Bangladesh and Sri Lanka to translate each other’s poems in Intensive Encounter workshops. Throughout the project 187 poems were translated into 280 translations, and it also produced a number of sound installations, photos and essays.

The languages in the programme included:


Throughout September and October 2016 the poets will tour to various cities in Germany and from 25 to 27 November 2016 they will gather in Mumbai for the Poets Translating Poets Festival. The festival will present around 60 events over three days in a variety of formats, such as readings, performances, workshops, open mics and more. 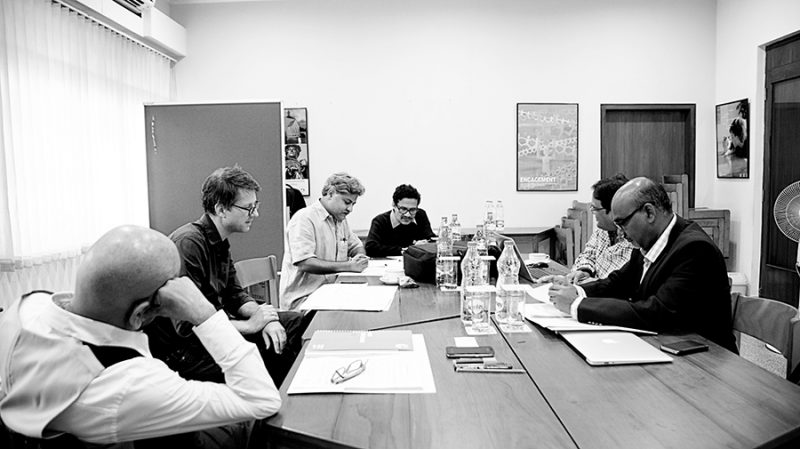 ASEF culture360 took the opportunity to talk with Goethe-Institut/Max Muller Bhavan Mumbai Director Dr. Martin Wälde about the project and why poetry is particularly relevant for such a project.

Over two years Poets Translating Poets (PTP) has brought together 51 poets from across 20 languages via literary encounters in South Asia and Germany. In the first phase of the project groups of poets got together in cities in South Asia to translate each other’s work. The poets sat with translators (who made the original basic translation) to work through a poem in a six-day workshop environment. Often the poets didn’t know each other’s languages, but they managed to work with the constraints of language to get to the essence of the poems. As Walde comments, ‘I found that poets understand each other quite well, there is something which connects them in a mysterious way.’ 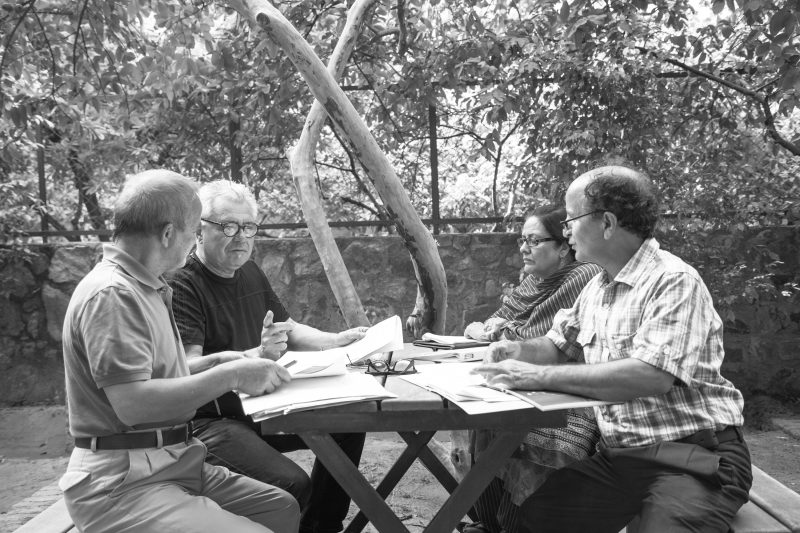 In addition to practical considerations (there would not be enough time to translate a whole novel in a week), poetry was chosen because, in the words of Walde, ‘poetry is one of the oldest cultural techniques to express yourself…it’s a very deep cultural, individual expression of your own language, of your own culture, of your own history.’

This sentiment was echoed by many of the participants of the programme. German poet Ulrike Draesner commented that ‘of all literary genres, poetry has always conducted its conversation beyond the borders of national languages.’ Poet and academic Jahan Ramazani supports this sentiment in the work A Transnational Poetics (2009). He argued that although poetry is often referred to as an art tied to the local, in reality ‘poetic uses of language are also often regarded as “a stretch”: the elasticity of poetry—its figural and allusive traversals of space, its rhythmic and sonic coordination of distances, its associative suspension of rational boundaries—is well suited to evoking global modernity’s interlinking of widely separated sites’. The capacity of poetry to transcend boundaries and space makes it well suited to cross-cultural explorations.

Poets Translating Poets was established to address the lack of translations between German and South Asian languages, especially of contemporary poets. Often translations are done through English, with both South Asian and German poets translating their own work into English to gain a wider audience. PTP wanted to avoid this middleman and explore the nuances of other language exchange more directly.

A driver behind the programme was to create a way to foster more meaningful exchanges. When writers visit for an event, to present their books in festivals for example, they don’t have enough time to have a real exchange and there is limited impact. Not only was PTP a longer exchange, it also involved in-depth discussions around craft and cultural difference. 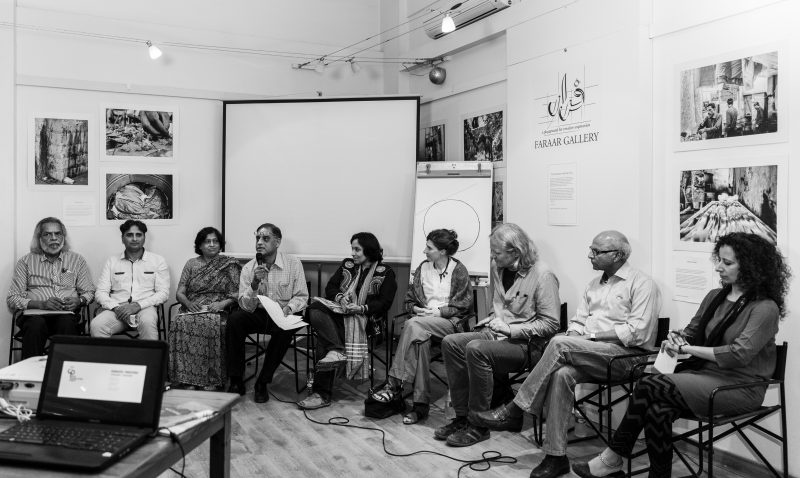 Mizo poet Lalnunsanga Ralte (Sanga Says) noted that the very different form and structure of the German poems allowed him to experiment with form when writing in his own language. He observed that:


“the ways of writing are already set: the images, tropes, expressions. Our themes are mainly patriotism, nature, romance and spiritual. The form is narrative…there is hardly anything abstract. Translating German poetry allowed me to do something with my language that I have been wanting to do for a very long time – experiment with the form, the idioms. It allowed me to create new words in a language that doesn’t have the kind of scope to describe what Christian is trying to say”.

Walde observed that these differences in poetic tradition were sometimes a challenge for the poets. They had to work out ways to translate these distinct styles in a way that would make sense for their audiences. Walde remarked that ‘they discussed often one or two words for half an hour, what it means. So this intensity…I find very meaningful.’ He notes that the resulting poems bring the strange words closer because poets, not just translators, have created them.

A benefit to this process of poets creating the translation is that they then become ambassadors for each other. ‘It makes a huge difference if you publish a German poem translated by a well-known German poet rather than if it is an unknown translator…there is a mutual support system,’ comments Walde.

Poet Sampurna Chattarjee speaks of the support of cross-cultural exchange when she observes that:


“What animates true cross-cultural transmission is curiosity. At all the workshops I’ve attended, the key to solving problems is asking questions — detailed, pedantic, argumentative, silly, serious, searching questions. For me, translation is the crucial answer to many questions; a set of questions that encompasses many answers”.

A key achievement of the programme was the implementation of a new way of approaching translation. The poets in the project were not so familiar with this method of inter-linear translation, as they normally either translate themselves into English to have a broader audience or they use more traditional methods. But the programme wanted to bypass English. As Walde comments:


“What is very interesting is the paradigm of translation, to do it through an inter-linear translator who is a kind of midwife in this whole process. He has the task before they meet to work out a preliminary translation more of less word by word, sentence by sentence, not to interpret already – [which] is a difficult and challenging task for him to refrain from interpreting the poem – but just to give a kind of content already and syntactical structure”.

Once the poets have this base translation they then work directly with each other to work out how to translate the essence of the poem, the voice and intent of the original work. 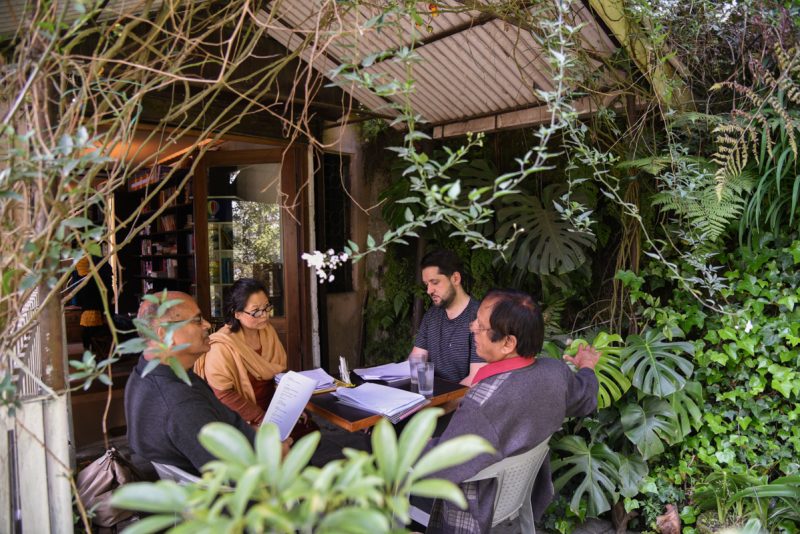 An interesting observation from the programme was that the exchange didn’t just bring South Asian and German poets closer together; it also encouraged dialogue between South Asian communities who speak different languages.


“A lot of these regional languages are not in touch with each other in South Asia. A Tamil poet hardly encounters a Kashmiri poet, and they could do this with this method. There could be an inter-linear translator who speaks both languages and is able to sit between the two and to engage the two poets into a translation process…maybe this model of translation and encounters creates something in the future which is enhancing a new way of interactions between the regional languages on the sub-continent…there is a general international discourse of poetry they are subjected to via English when they go to Europe or to America, and on the other side they have a lot of local poetry activities and festivals with their communities and then they remain within their language. So this translation process is not only extremely significant between Europe and South Asia, but it’s also extremely significant among South Asian languages".

This method of inter-linear translation is a chance to engage directly with the cultural differences evident in the details of how people use language. The cultural specificities are found in the words the poets use, in the syntax they employ, and it is through intense engagement with the poems that these subtleties come to light.


Claire Rosslyn Wilson is a poet and non-fiction writer who focuses on writing about arts and multicultural themes. She has eight years of professional experience in resource development and the arts and has worked with international and non-profit organisations in Thailand, Singapore and Australia. She has had her work published in various journals and is currently doing a PhD on creative writing and cultural adaptation. You can follow her on Twitter @clairerosslyn.

India | bangaloREsidency for artists based in Germany 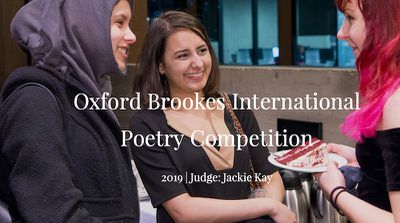