Magazine > #peripheries: Beyond the capital | The quest for inclusion in the Philippines

#peripheries: Beyond the capital | The quest for inclusion in the Philippines culture360.ASEF.org is featuring a new series of articles on the topic of #peripheries. The #peripheries have been regarded as being in the geographical margin, distant from the capital cities and cultural centres of countries. With an ongoing decentralisation trend, through this series of articles, we will look at various arts endeavours by artists, cultural professionals and art organisations who operate or occupy the peripheries in an urban society and the role that the arts play. In this article, Malaya Del Rosario interviewed Marichu Tellano, the Deputy Executive Director of the National Commission for Culture and the Arts (NCCA), who is attempting to make culture more inclusive and accessible in the Philippines.

As a policy making and grant giving agency with only thirty plus full time employees in a country of 105 million, NCCA has a full plate. For the first time ever, a chapter on “Promoting Philippine Culture and Values” was included in the 2017 Philippine national development plan. This chapter on Culture is especially relevant given the context of a diverse country that is rapidly growing in population, economy and inequalities.

The plan lays out how the country can attain stronger social inclusion and economic empowerment through “a cultural agenda”. This has led to a new discourse on the government’s role in making culture more accessible to a wider public through strengthening governance, highlighting diversity, driving creativity and upholding cultural values.

In the interview, Ms Tellano shares her organisation’s quest to evolve into a Department of Culture. She also takes us through the complexities of running the School of Living Traditions programme, which NCCA has been running since 1995 in 400 communities all over the Philippines. 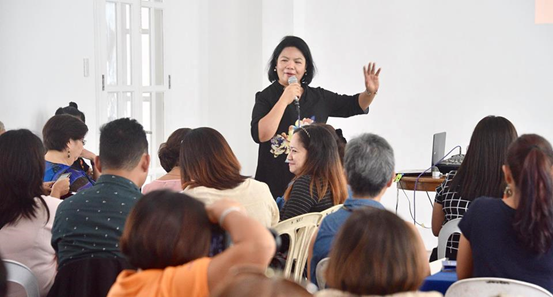 Lai del Rosario (LDR): Why is it important for the Philippines to have a Department of Culture when we already have a commission like the NCCA?

Marichu Tellano (MT): While we do programmes for the whole country, we are a small commission under the office of the president, and we work from one office here in Intramuros [in Manila, the capital city]. We try to reach out to the different regions by partnering with the different agencies of the government, especially the local government units. But on our own, we are not able to provide them access to our programmes and resources very effectively because we do not have our own offices in the [provincial] regions. Hence, people have to come to Intramuros to be able to talk to us or discuss with us the programmes needed at the local level.

LDR: What would a Department of Culture change?

MT: If we were a Department of Culture, the primary benefit is that, we would have offices that are accessible to regions all over the country. This would potentially hasten development not only at the national level but more importantly at the local level. This access or mechanism would only be available if we became a department.

For us, this would broaden the artists’ engagement with the government system because we are there at the local level. It will also institutionalise programmes that are currently grants-driven and partnership-initiated. Culture deserves to have an office as big as a Department of Culture if only to promote and have our people embrace our own culture.

LDR: How do you think the inclusion of the Culture chapter in the national development plan would affect state support for the NCCA?

MT: It is more of the other way around. NCCA has influenced the inclusion of the Culture chapter into a national development plan. It was really years of struggle to be able to find a bigger space in the development plan. Being there is a different feeling, and an affirmation that the national government recognises the importance of culture in development.

LDR: Can you tell me about the changes that you are doing at NCCA’s School of Living Traditions programme?

MT: The SLT [School of Living Traditions] has been in the front line in recognising the efforts of the NCCA to push for development, especially for the indigenous peoples and Muslim communities. At NCCA, when we talk about cultural communities, this covers indigenous people (i.e. lumad in Mindanao) and Muslim groups.

The SLT has really developed from a short-term programme to now, a five-year development programme. Before, it ran [for only] six months, with the idea that conservation of intangible heritage can be done by teaching it to the younger generation... It’s really the transfer of skills in an informal setting. Before, we just gave grants to a ‘Master’ in a certain community, who was required to teach [skills] to 25-30 members of the community. No infrastructure was included in this grant. With that kind of model, we had 400 SLT communities.

LDR: You mentioned that you recently did an evaluation of the programme after it had been running for almost two decades. What did you find out?

MT:  After years, people were asking “where are these SLTs”? There was no place to point to because an SLT happens wherever the space is available, so it really becomes so temporary, so loose. And while the intent was really the transfer of knowledge, it looked like it was not going further.

While the programme enhanced the pride of the indigenous group youth, what was there to look forward to? So we did an enhanced SLT and made it into a five-year development programme.

We still emphasise the fact that the concept of an SLT is for [the] transfer of knowledge and for young people to embrace the value of their own traditions. It is driven by a particular practice, say, t’nalak weaving, or subanon dance – and it goes on from craft to the performing traditions. We don’t just highlight the skill of weaving but also an understanding of ‘why’?

For example, t’nalak, a tradition of the T’boli [in Southern Philippines] – what does it represent? And, what are the rituals that come with it? So the first three years is really, to make the students realise the value of their culture that finds expression in whatever tradition is being taught. Otherwise it would just be limited to the skill and would not find depth.

LDR: What happens after Year 3?

MT: If the knowledge is there, what would sustain the tradition? We thought [the students] should also earn from developing the skills that they learned from the training. We then moved into introducing product development in the fourth year of the programme.

And the fifth year is really helping them bring the product to market and develop cooperatives, or something like that. The idea is we can’t be with them forever as there are many other communities that would need NCCA’s assistance. So after five years when we leave them, they should be ready with their own well-registered organisations. They can have their own market, have good products, and bring in their own students. While livelihood is not the main intent of the SLT, why not move there.

LDR: You attended the IFACCA World Summit on Art and Culture in Kuala Lumpur last March 2019. How do you compare NCCA’s programming with that of the national cultural agencies of more developed countries?

MT: What I noticed is that nothing can be enough in terms of funds. More developed countries also complain that they don't have enough support from the government. When you talk of figures, the Philippine budget for the arts is much smaller, but in the end we have the same complaints and problems.

LDR: What do you think are key differences in your programme focus?

MT: There are programmes that I cannot find in other countries. For example, those for indigenous communities, like the School of Living Traditions. In other countries, fine arts is the focus. NCCA has really engaged the arts and its influence in development. We see the arts really, as a tool for developing people.

In the executive meeting at IFACCA, one of the biggest questions was: Should the arts really be just for art’s sake or should it go further into intersecting with the other sectors of society?

I don’t think that’s an issue for us [at NCCA]. For me, you can still create your art, but your art can also influence social issues and concerns. You can produce a very good film that will be an eye-opener for certain issues. It does not have to be one or the other... We really discussed this at length at IFACCA. But most of us from the developing countries felt that this was not an issue.

I feel like there’s a difference in perspective between developing and developed countries. Art has to speak so that it can really push for further development and it does not mean that you compromise the excellence. In fact, it has to be excellent, first and foremost.

Author’s note: As of July 2019, the bill declaring the creation of a Department of Culture is still being debated and is yet to be ratified.

This article is written by Malaya DEL ROSARIO, a programme manager specialising in art management and cultural strategy development. She has over 10 years' worth of experience in exhibition and project management in Asia and Europe. She has worked and written publications on cross-cultural art projects and culture-led urban development in Europe and Asia. She has an MBA in Arts and Cultural Management, specialising in Art Market and Exhibition Management, from the Institut d'études supérieures des arts (IESA) and Paris School of Business, France. She is currently Head of Arts and Creative Industries in the Philippines. 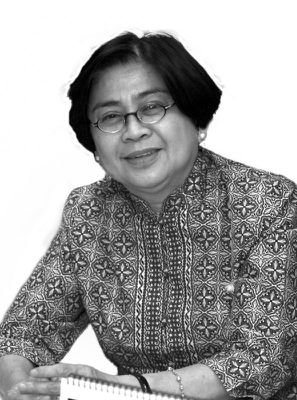 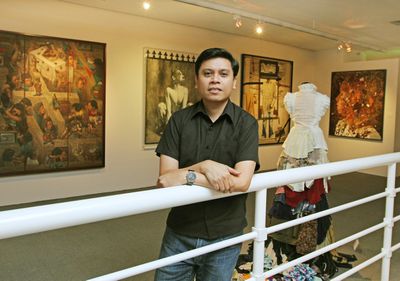 Philippine High School for the Arts